The route up Snowdon from Llanberis is probably the most popular and has the most constant climb, making it the easiest route to the top. Having said that, it's still a long trek with some difficult sections. 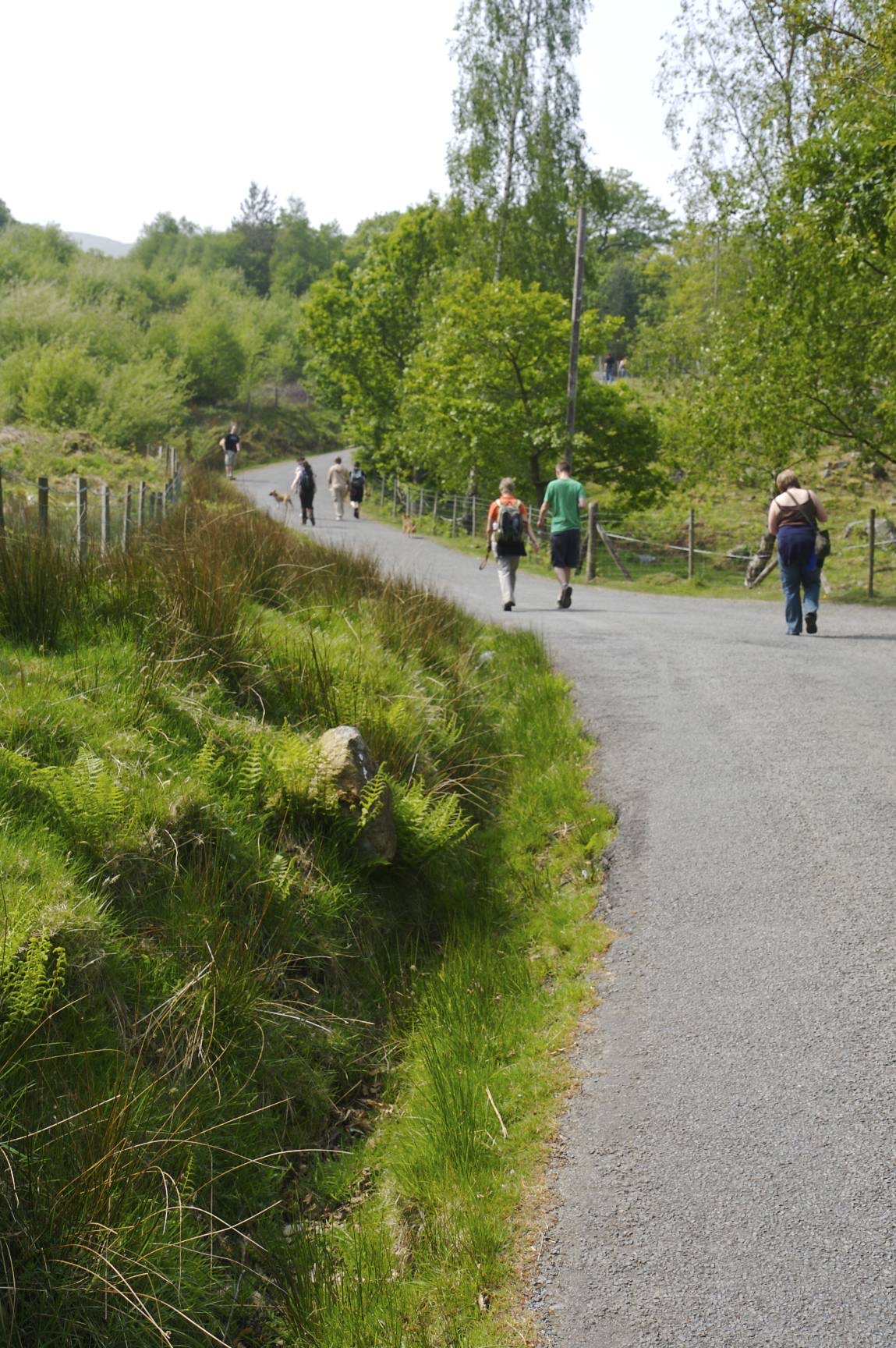 There are a few car parks in Llanberis, and all are a short distance from the start of this walk. Wherever you park, you're likely to pass the mountain railway station. With the station on your right, walk along the pavement and take the first turn right. This will lead down a road, over a cattle grid and then begin up the hill. 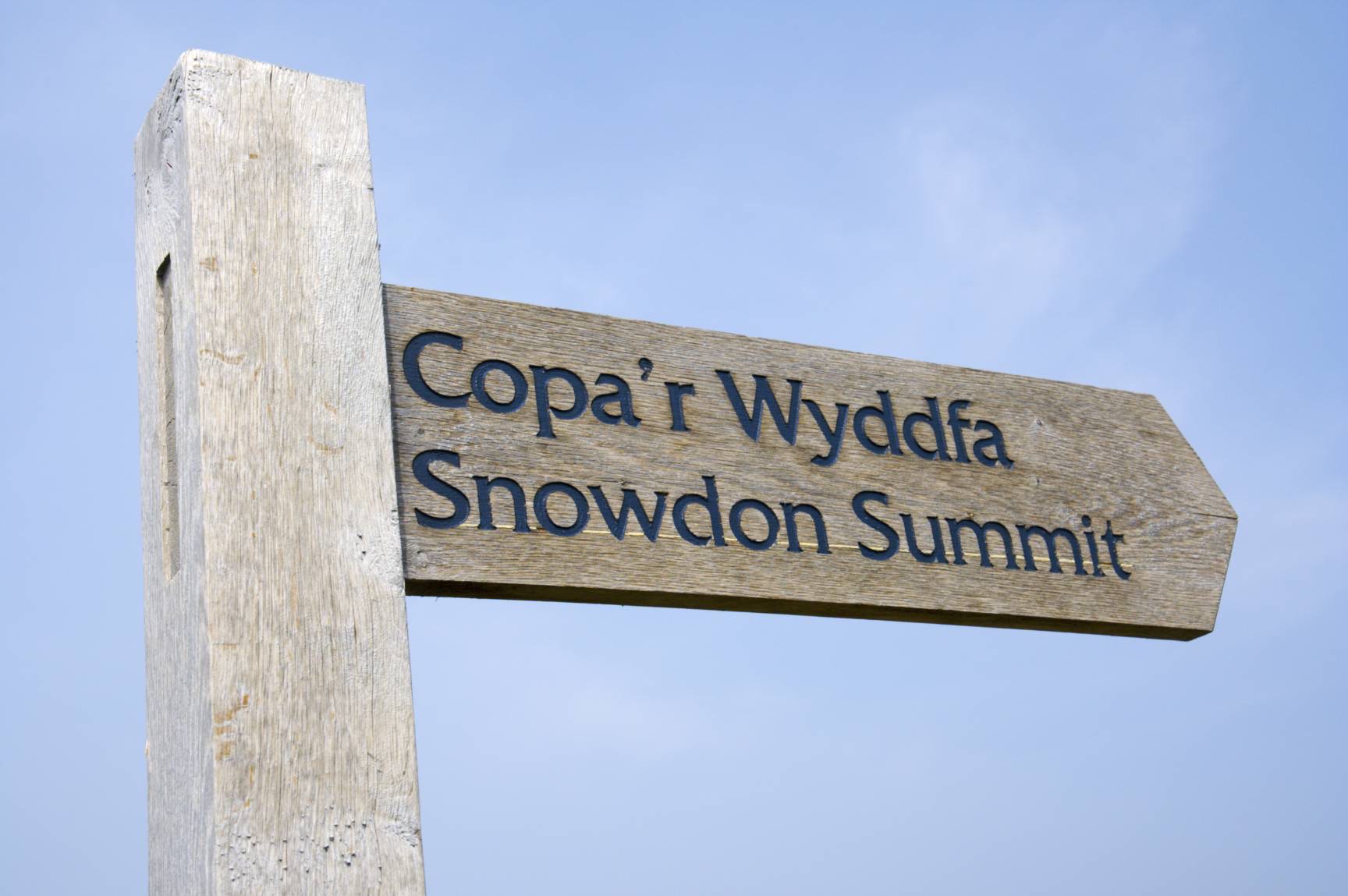 Follow the road until you see a sign for "Copa'r Wyddfa" or "Snowdon Summit" which leads off through a gate to the left and on to a footpath. 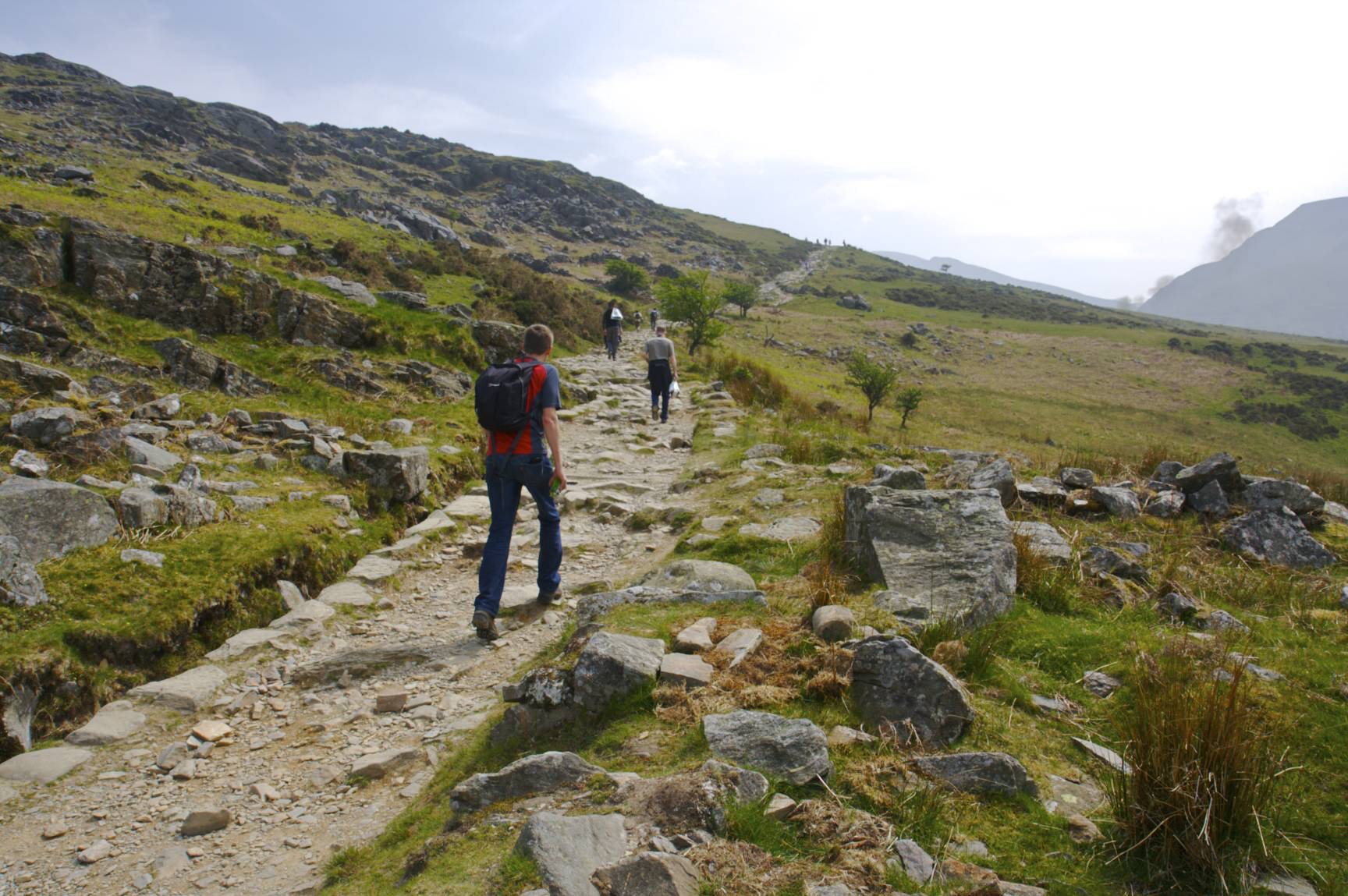 The path is well defined and takes a constant climb for an hour and a half or so. The railway can be seen along the path and crosses over the footpath near the halfway station. 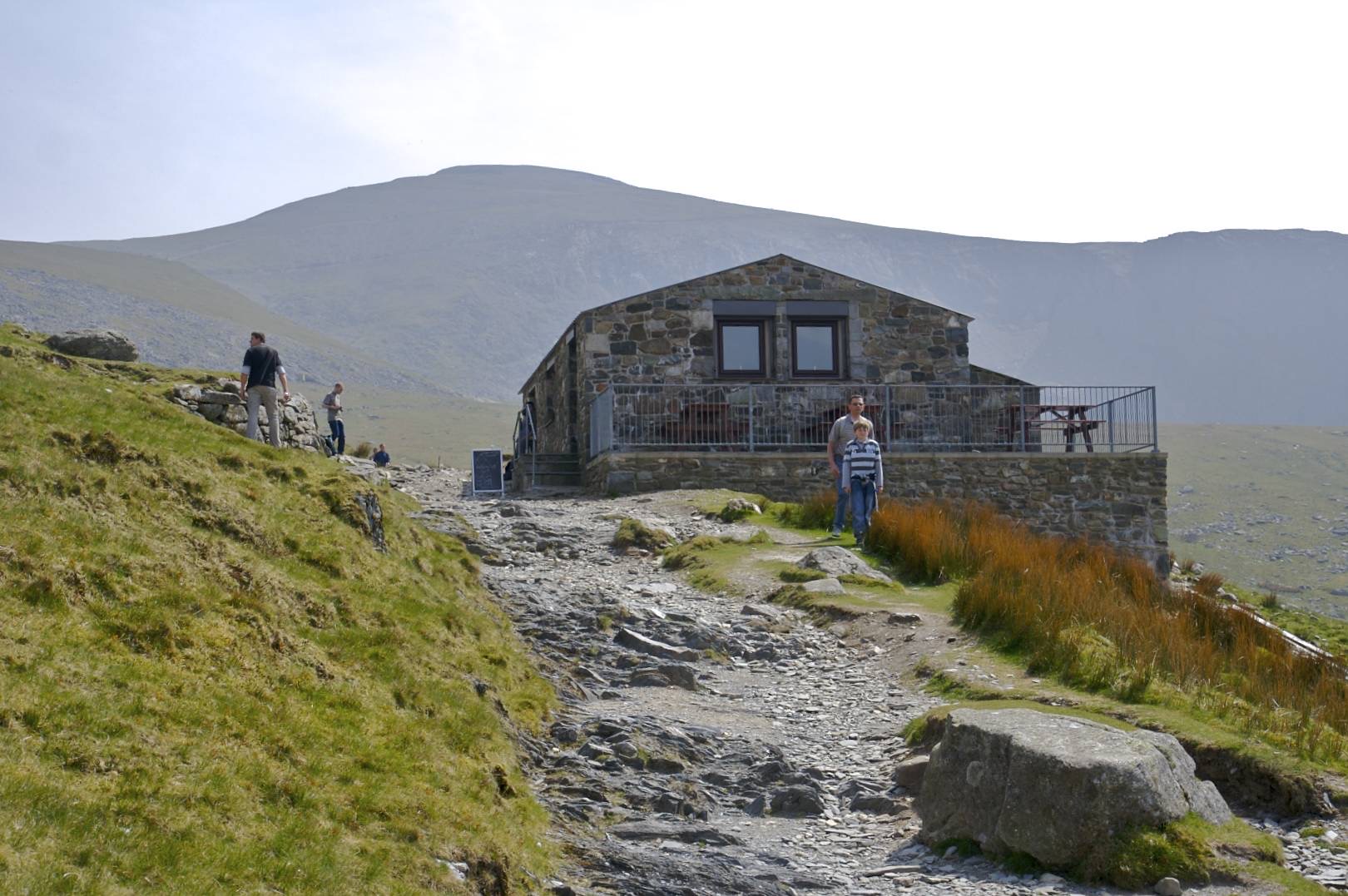 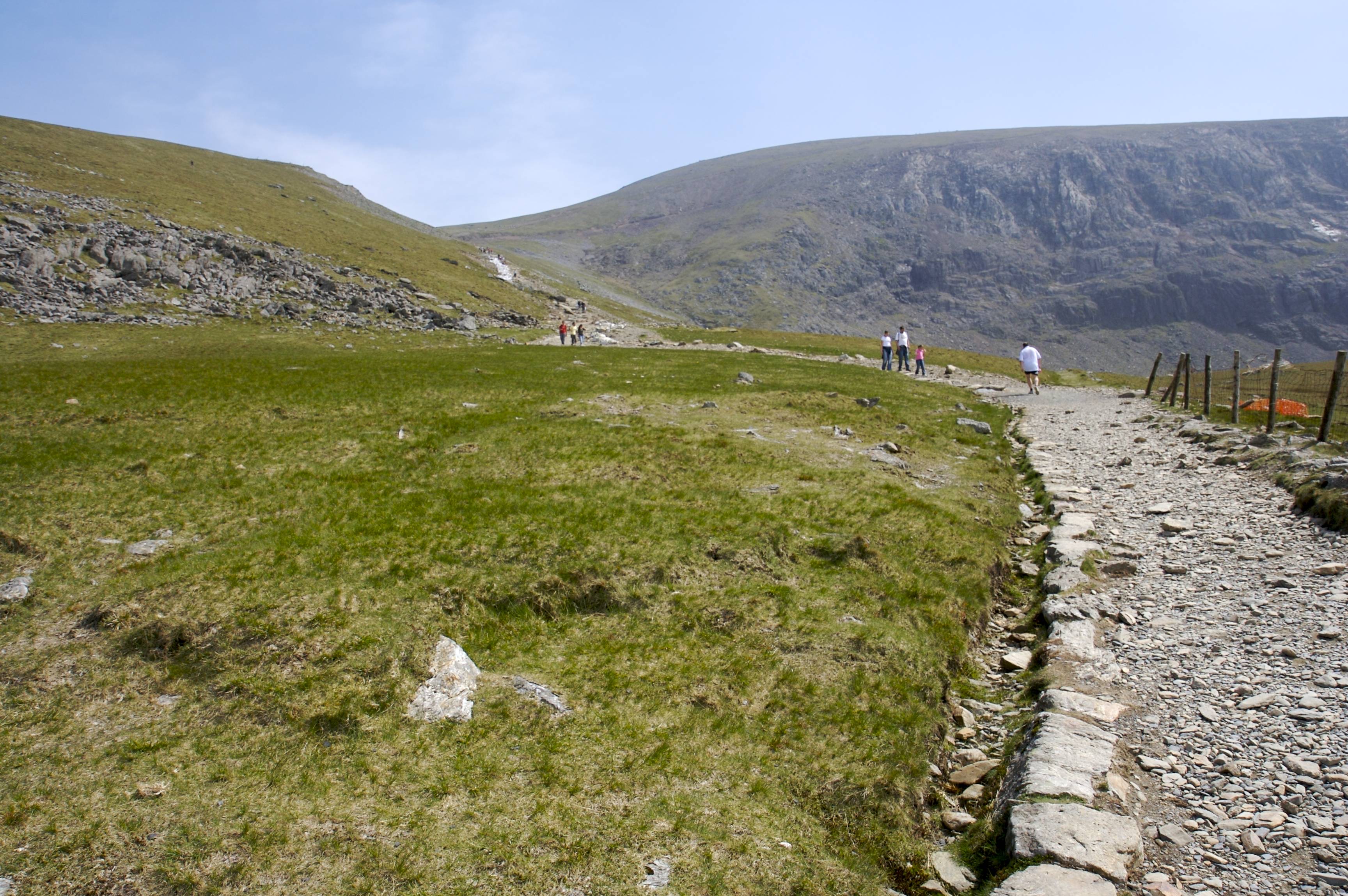 It's then that the climb starts to become more difficult. First up some steps to the Clogwyn Station, and then an even steeper part over loose stone. This is certainly the most tiring point, but after half an hour or so, it does thankfully level out. 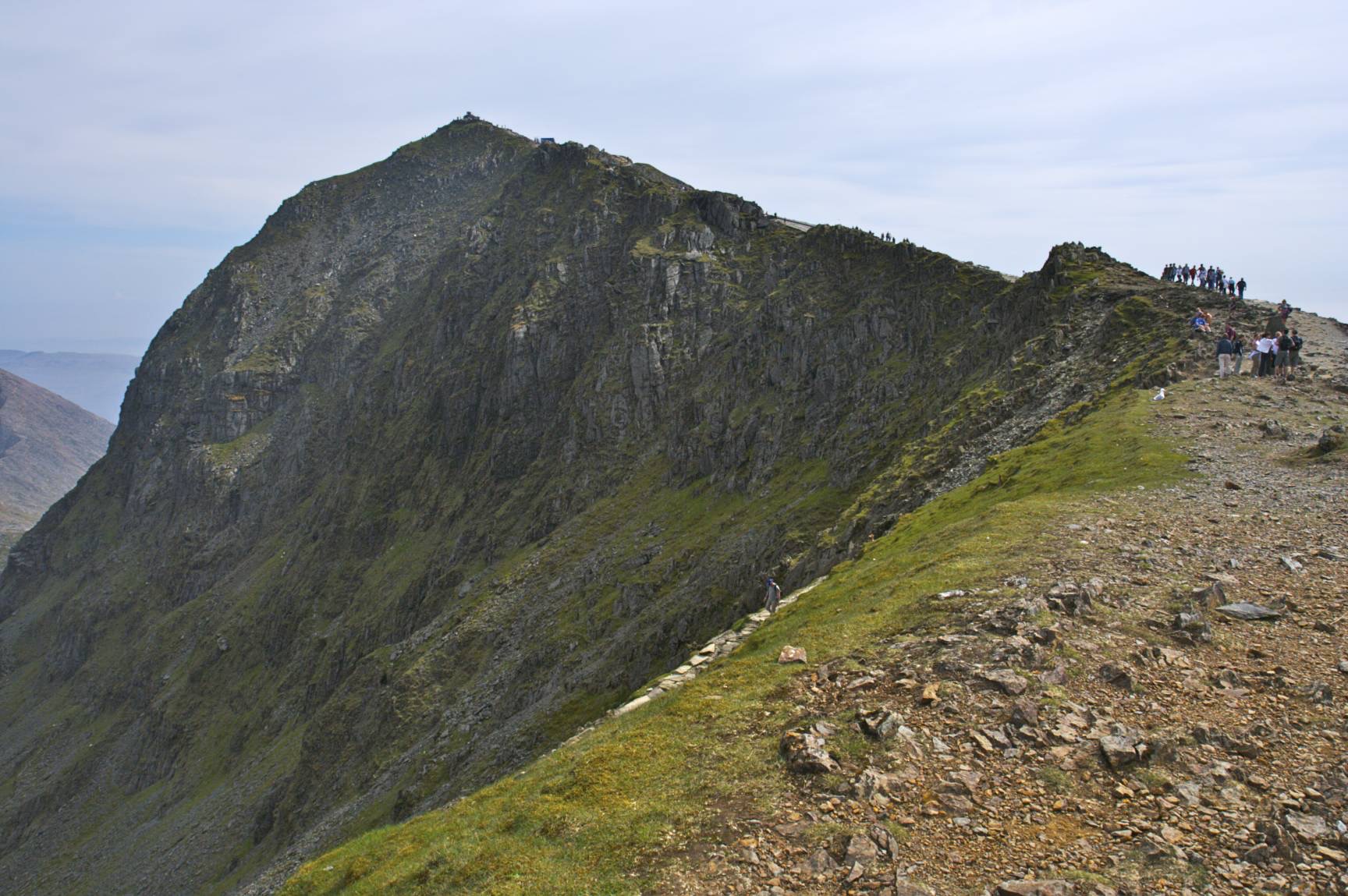 The summit then comes in to sight, although it's still half an hour or so away. 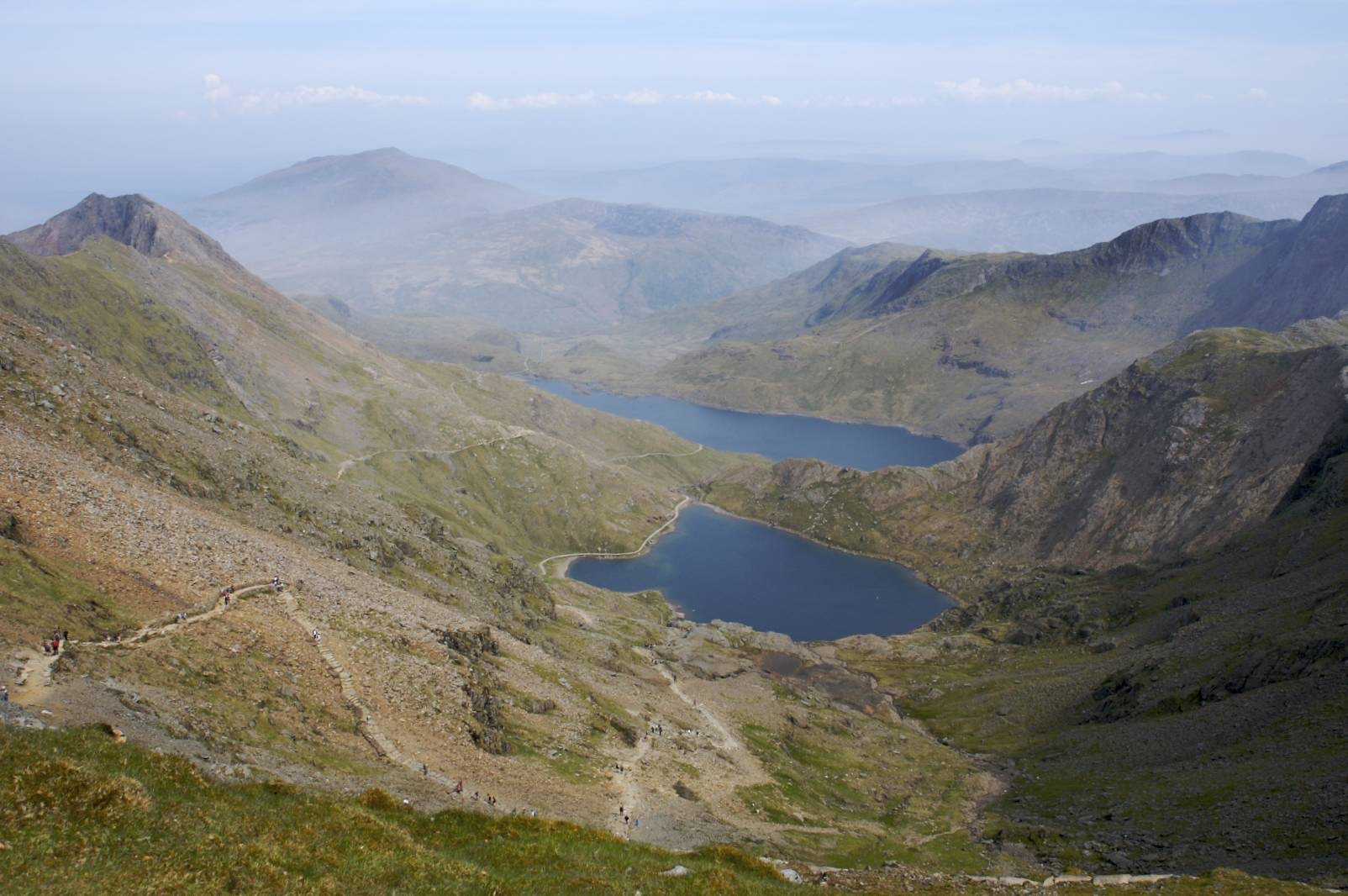 There are some great views from the top and it's a nice place to have a snack, although the cafe is closed until 2008 as it's being rebuilt. This also means that the train does not go all the way up and stops at Clogwyn Station for now. 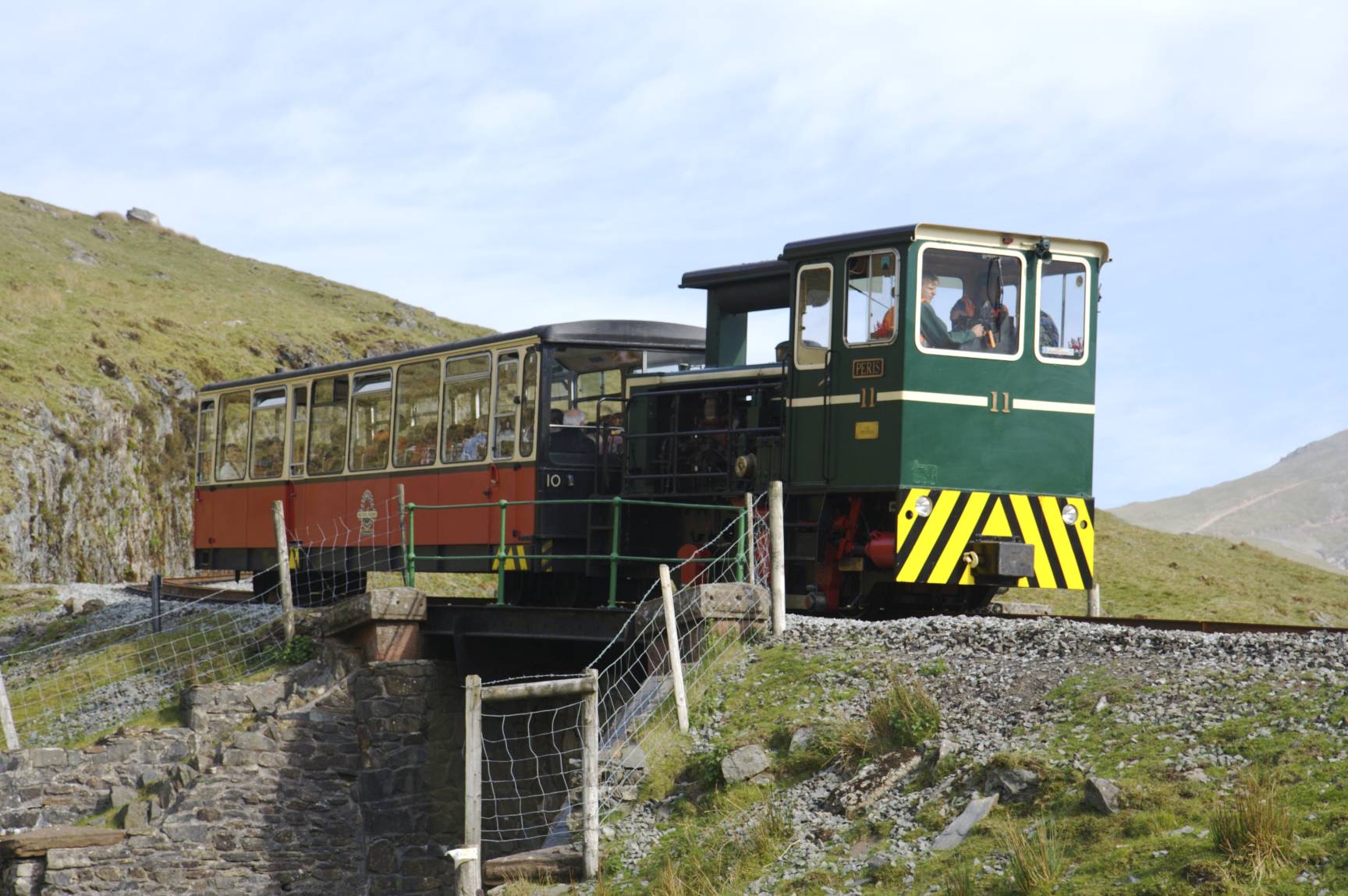 Then it's a case of retracing your steps back down the path to the start, passing the trains along the way as on the way up.