Starting on part of the North Wales Path, this linear walk then takes a detour across moorland and up Tal y Fan. 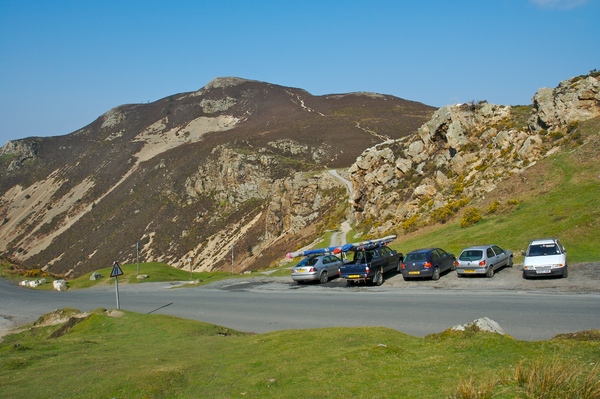 This walk requires the use of two cars. One should be parked at the car park at SH720715 which can be reached by following narrow country roads and tracks. Then, take the other to the top of Sychnant Pass where there's a small layby at SH749770. From here, cross the road and head up the start of the hill through the gate in the wall and on to part of the North Wales Path. 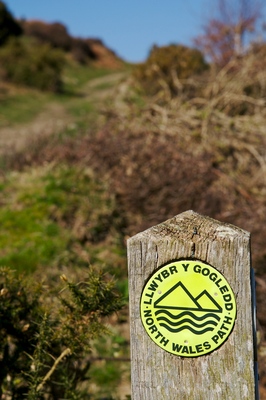 After a few minutes, you will come across a path leading off up the hill to the right. It's clearly marked with a circular green North Wales Path marker. Keep following the green markers up the hill. There's also a path marked by blue markers, but don't follow these for this walk. 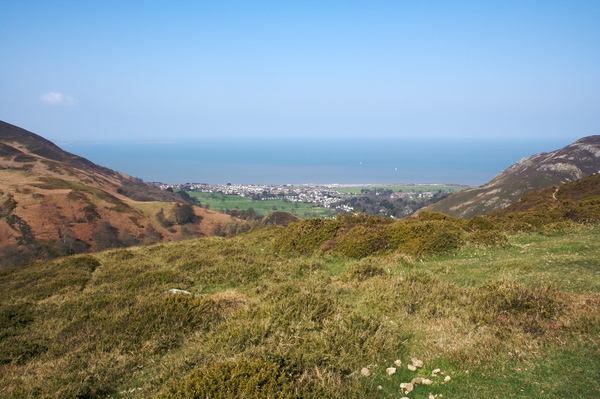 On a clear day, the views over the Conwy Bay and towards Anglesey can be great. Keep following the path heading south west. 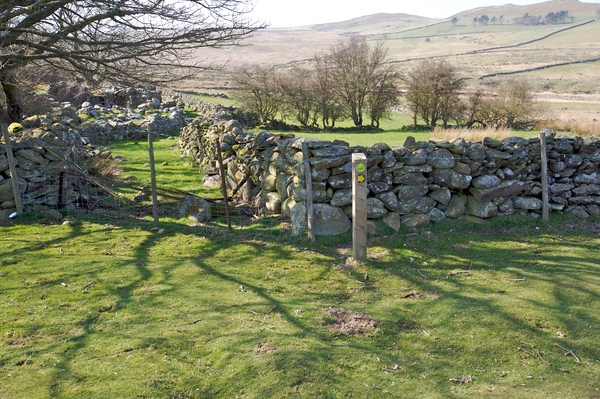 At SH739749 the path takes a sharp right turn along a stone wall although there appear to be other footpaths in the area which can join up with the North Wales Path later on. 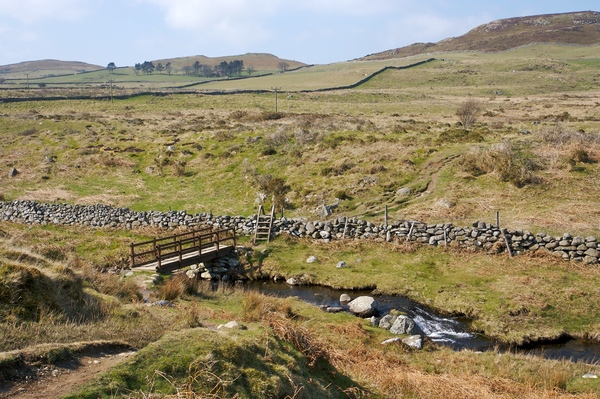 Continue until you get to a small bridge crossing the Afon Gyrach, then use the stile to cross over the stone wall on the other side. Continue on up the hill. 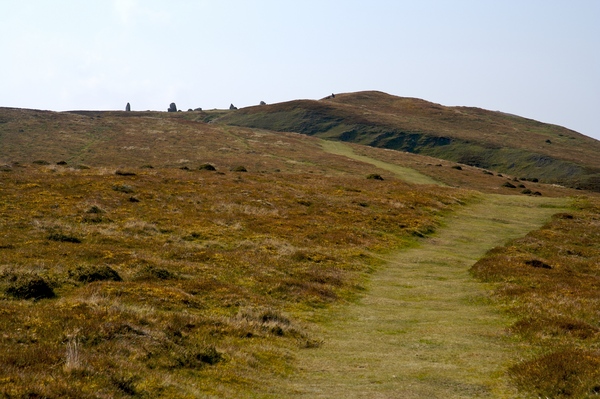 On the left there's the Druid's stone circle, although visiting this adds to the length and duration of the walk so wasn't visited this time. 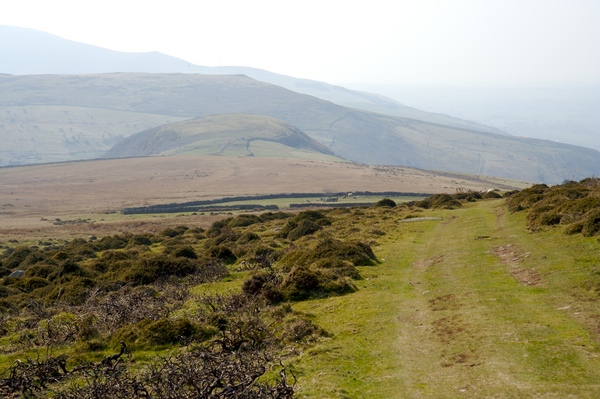 At SH711745 the walk takes a sharp turn south east, breaking off the North Wales Path and onto less defined paths crossing the moorland. The paths here aren't at all easy to find so be careful. Especially as some parts are quite boggy. 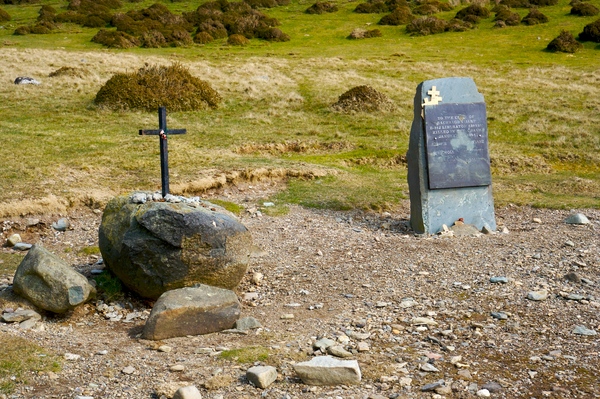 Part of the way across the moorland there's a memorial to the Liberator plane crash. The words read "To the crew of Bachelor's Baby B-24J Liberator 4299991 killed in the crash January 7th 1944" and then names the people who died. 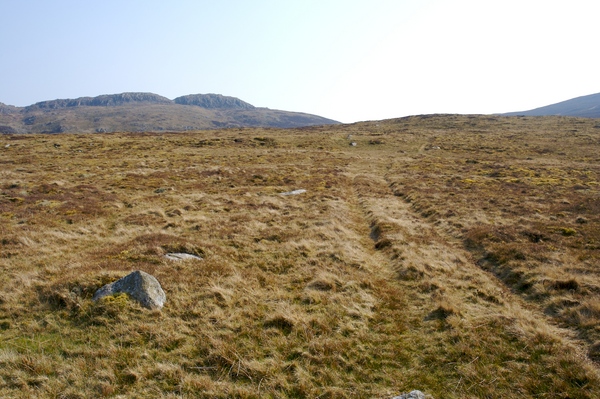 The top of Tal y Fan comes into sight although it's still quite a way off, and not as direct as it may look. 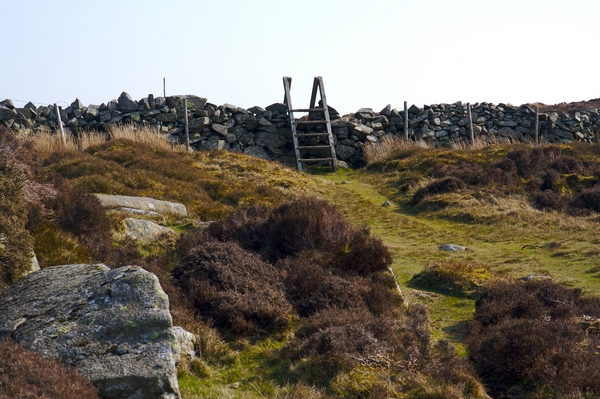 Cross over the stile at the base of Tal y Fan. 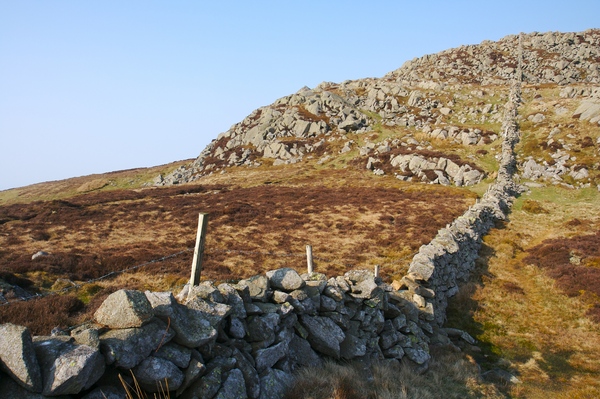 Then turn left and following the wall all the way up to the top. There are some large boulders here which makes it quite a tough climb. 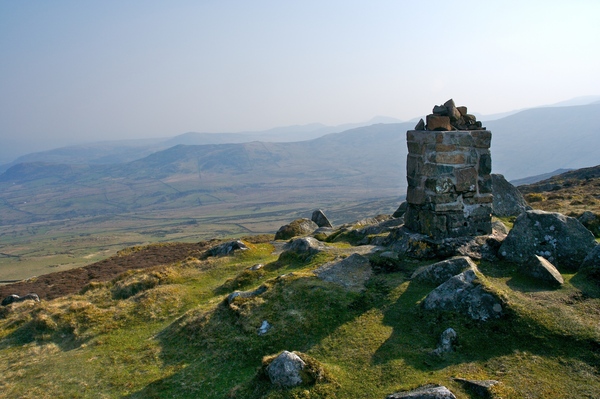 The summit is clearly marked. It's 610 metres above sea level and has good views all around. 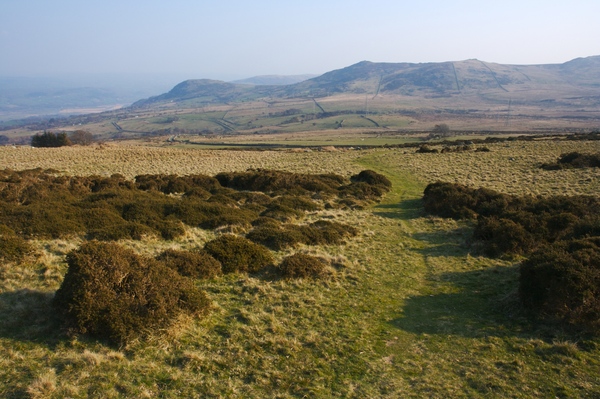 Then, head back down the hill along the stone wall and continue south east. 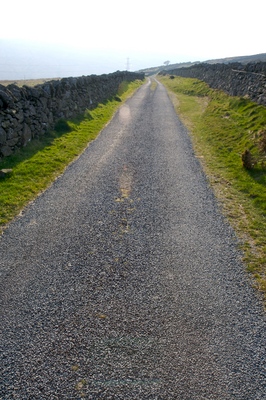 You'll come to another stile with a Roman road on the other side. This will be the one you drove along earlier to park the second car. Turn right and follow it to the car park at the end.