Although not a particularly difficult walk in terms of ascent, this walk is particularly long and tiring. As an alternative to walking the whole route in one go, it could be split into two shorter walks using two cars. The route involves walking part of the Offa's Dyke path on the way to Llangollen from World's End via Dinas Bran Castle. Then part of the Clwydian Way passing by Valle Crucis Abbey on the way back. 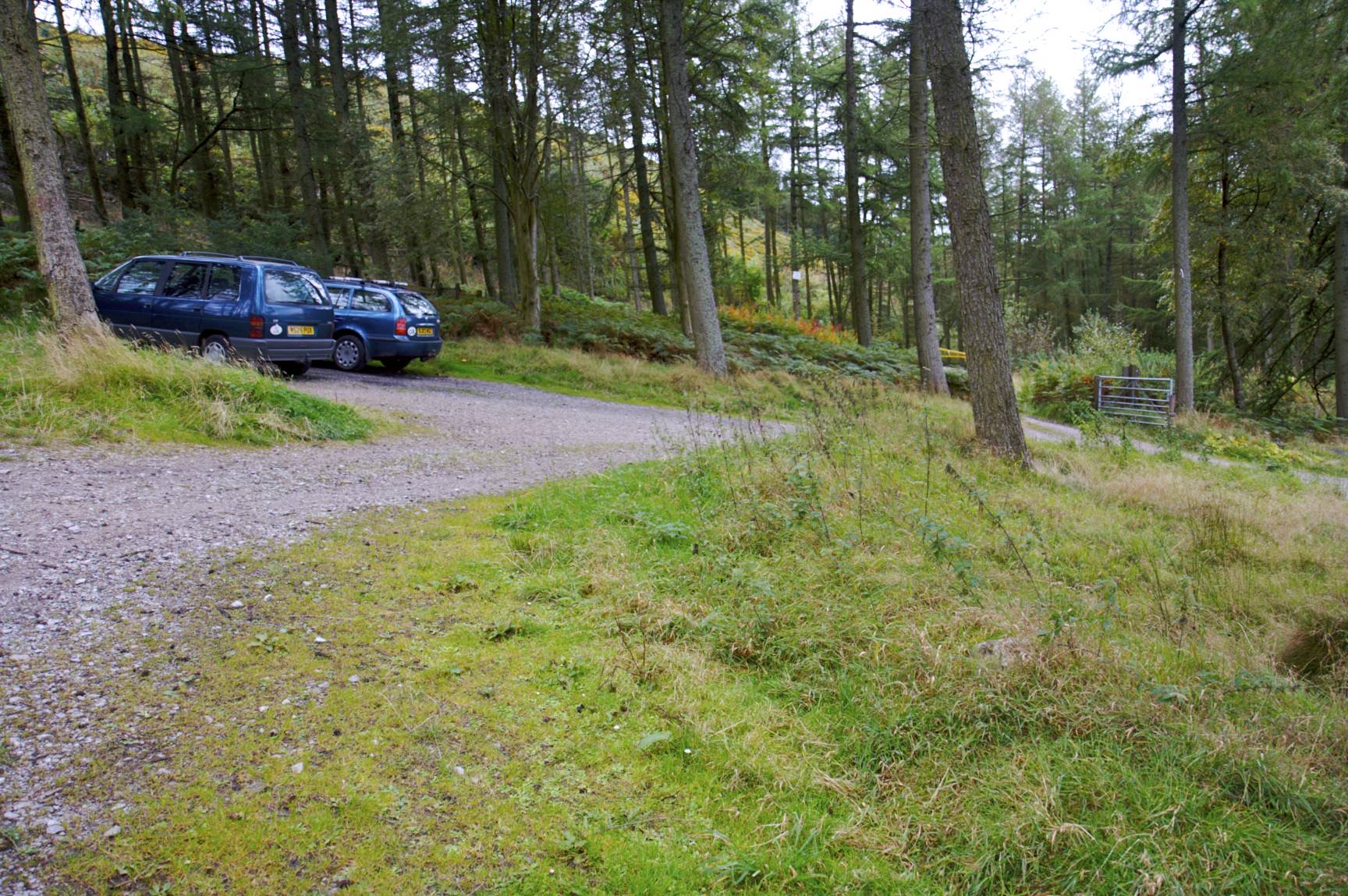 The start of this walk is a small car park up the hill from World's End. It's free to park and is open between 8am to 8pm; although there are only limited spaces available. 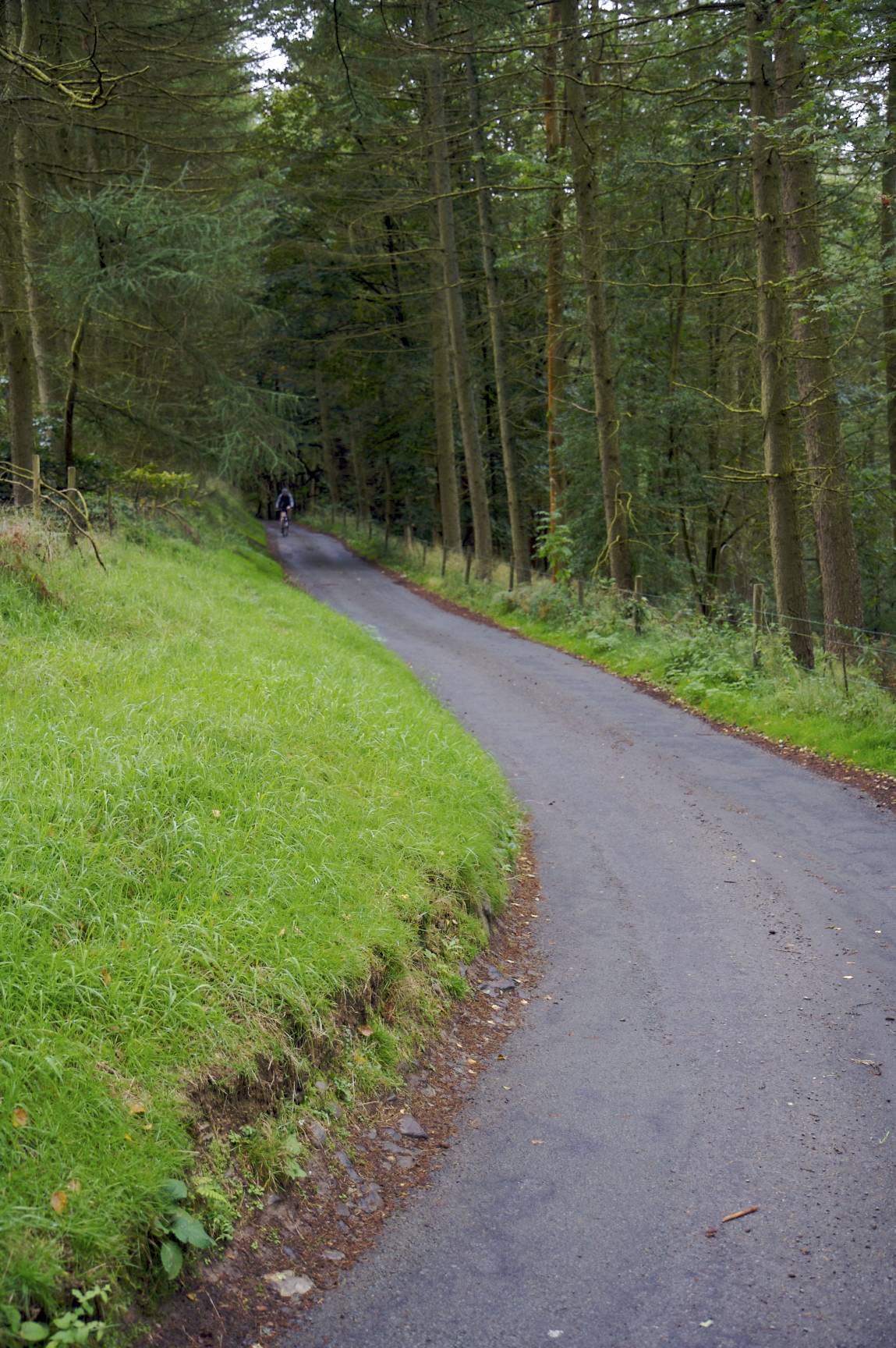 Leave the car park on turn right heading down the hill. After a short while you'll reach a ford. There are stones to the right for crossing if you wish to keep your feet dry.

Just after the ford and around the bend is a gate with a slate sign showing the way to Trevor which is 6.5 miles away. Go through the gate and follow the well defined footpath. This is part of the Offa's Dyke path. 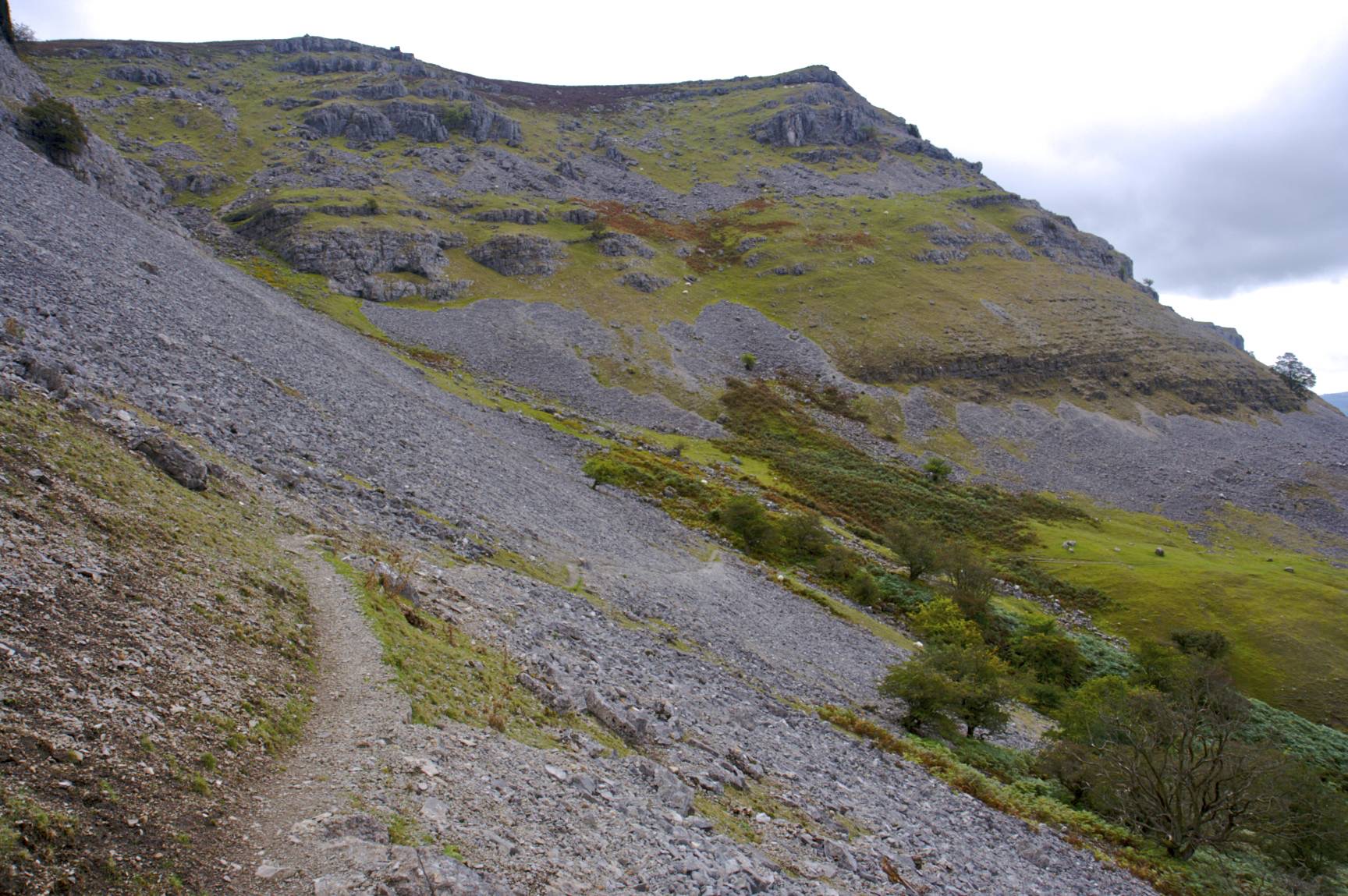 The path continues for several miles following the line of the limestone cliffs to the left. Some parts should be taken with care where the path narrows. Also, beware of rocks which may roll down the hill if disturbed by the resident sheep. 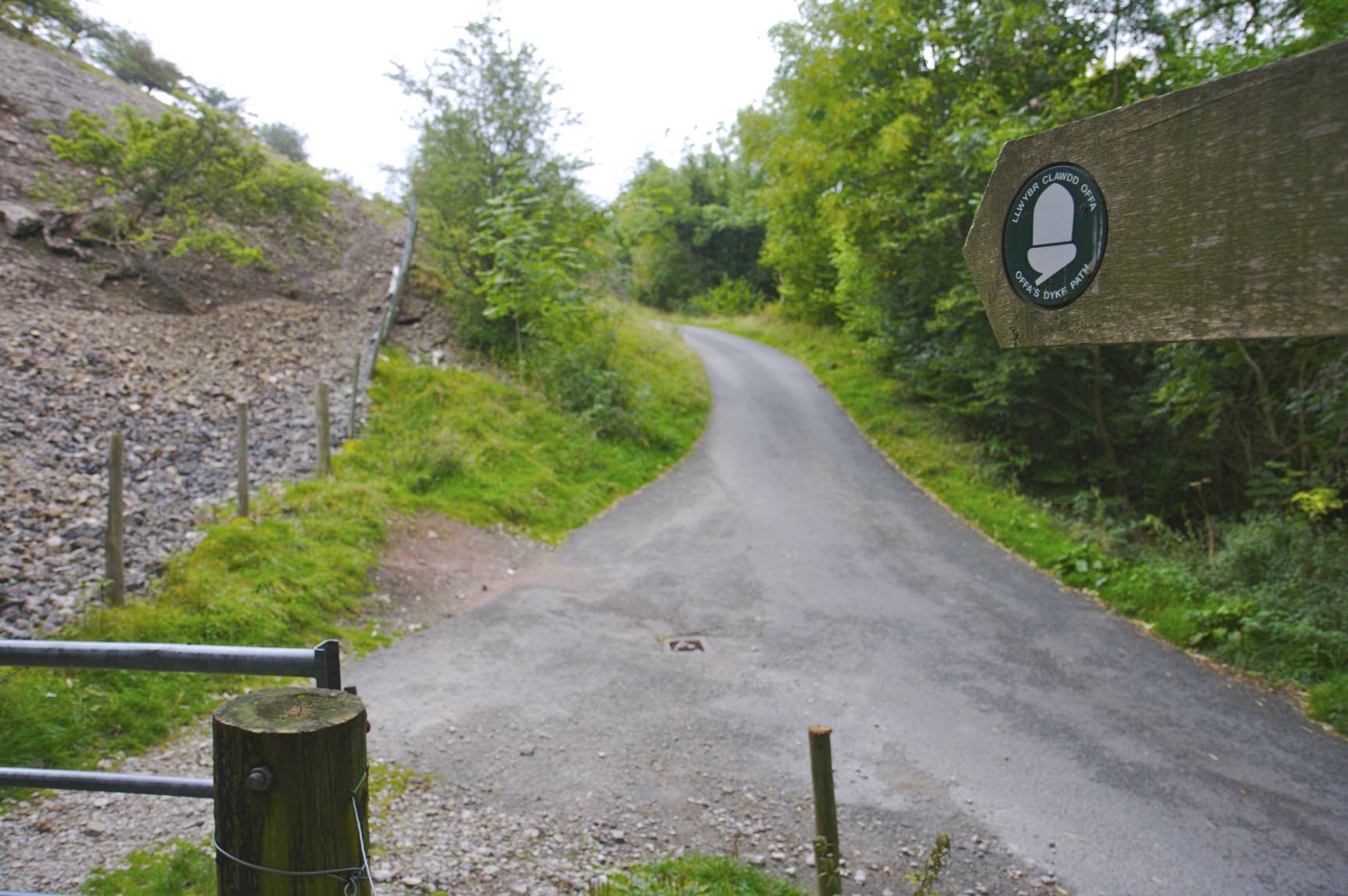 Eventually you'll reach a gate and a road. Continue straight on up the slight hill. 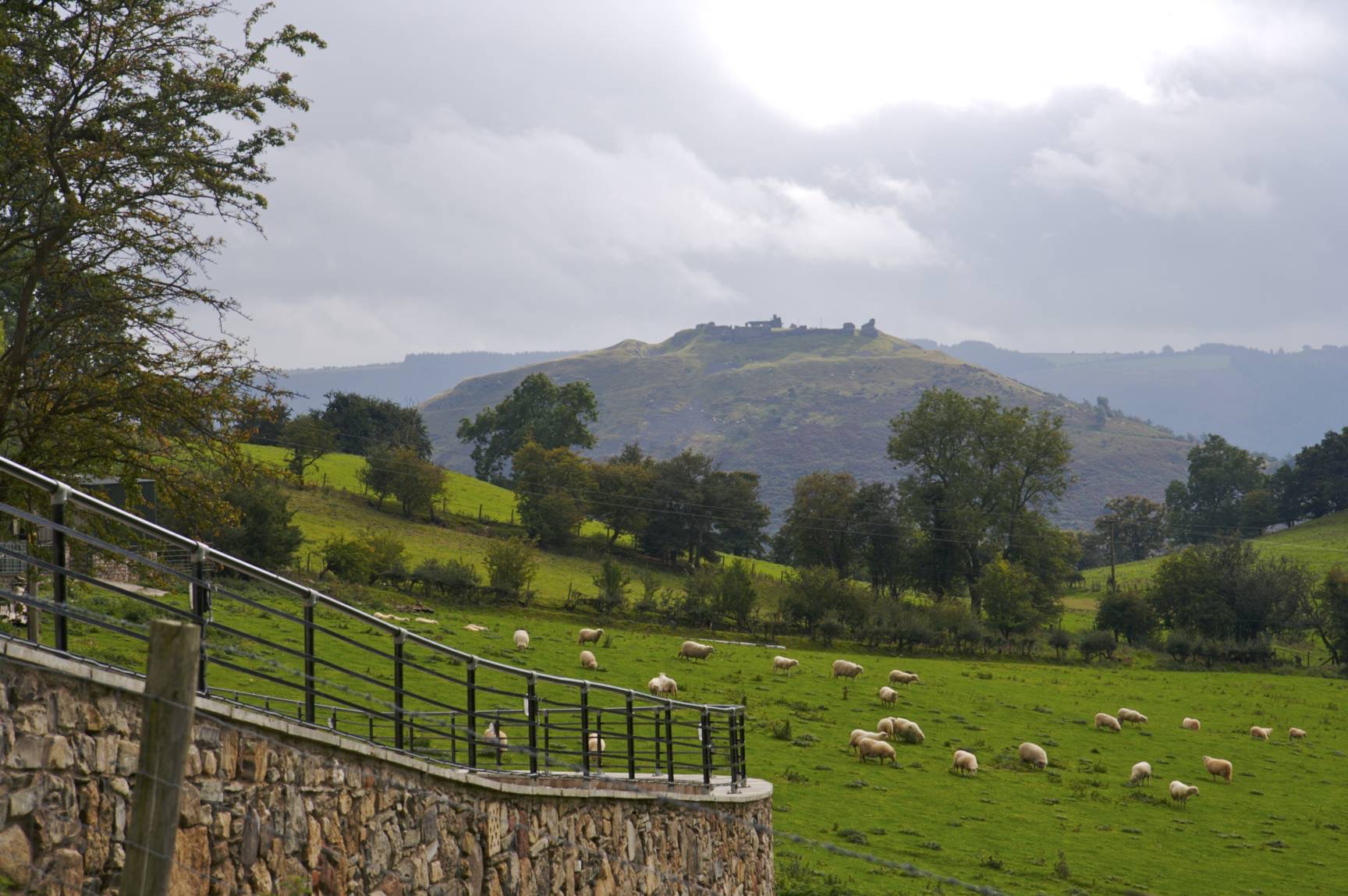 After a short while you'll see Dinas Bran Castle on the hill. Keep to the left where the road bends off to the right. There are signs for a tea room; follow those; although this walks doesn't go as far as that. 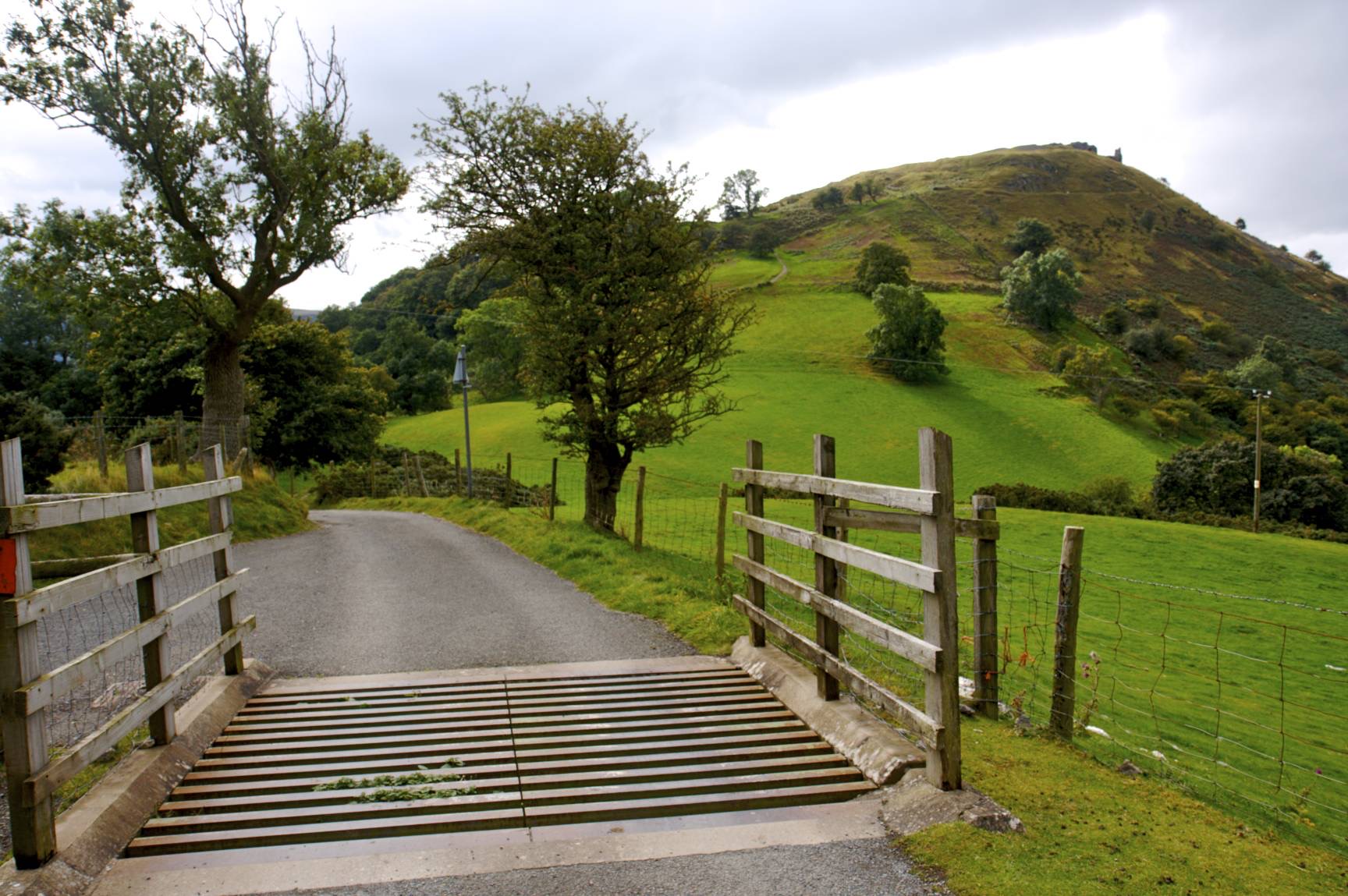 There's a cattle grid at the start of the path up to the castle and a gate on the right just afterwards. 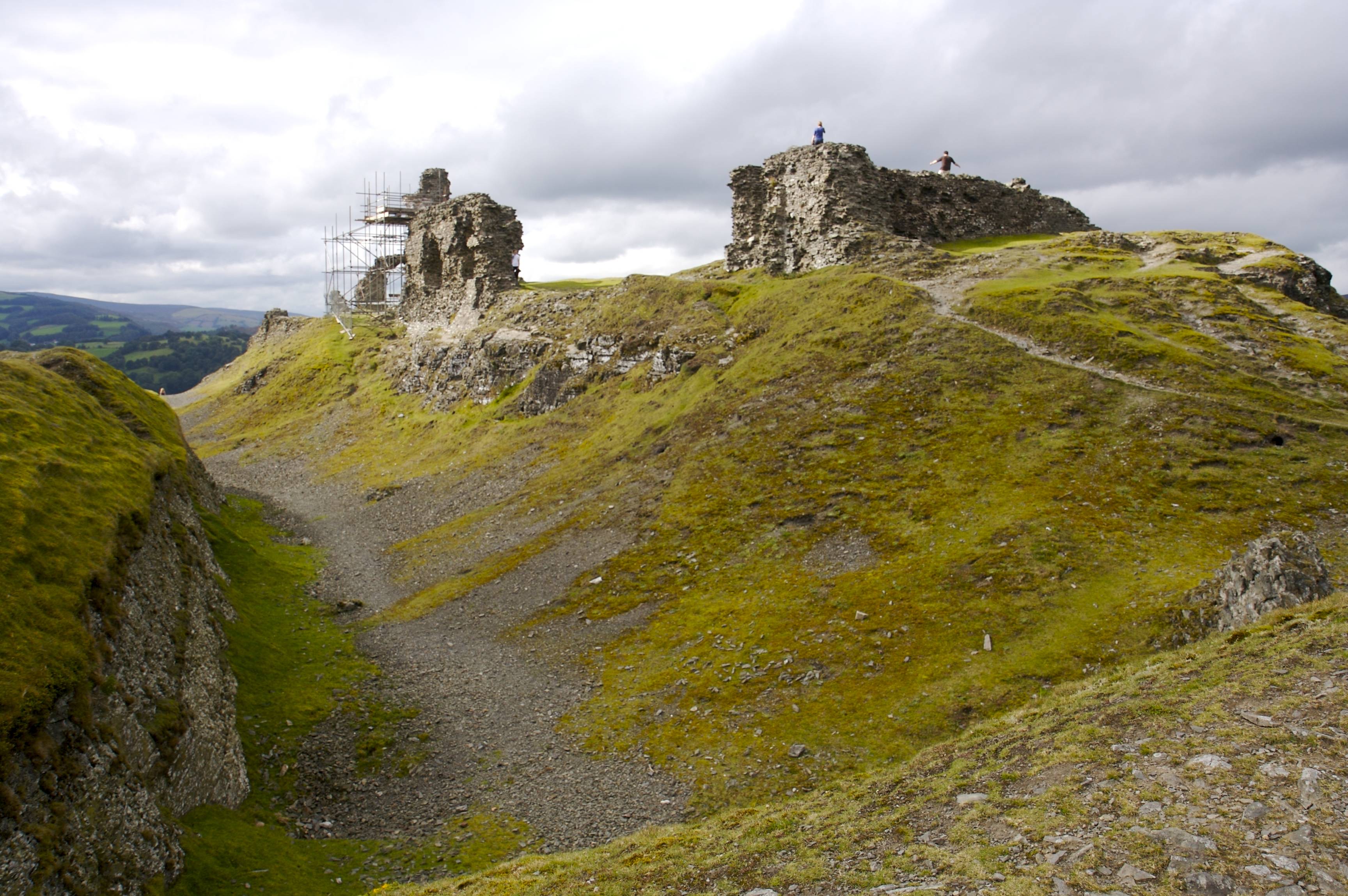 The castle is ruined and gives fantastic views both northwards giving a good view of the start of this walk and also to the south over the town of Llangollen. 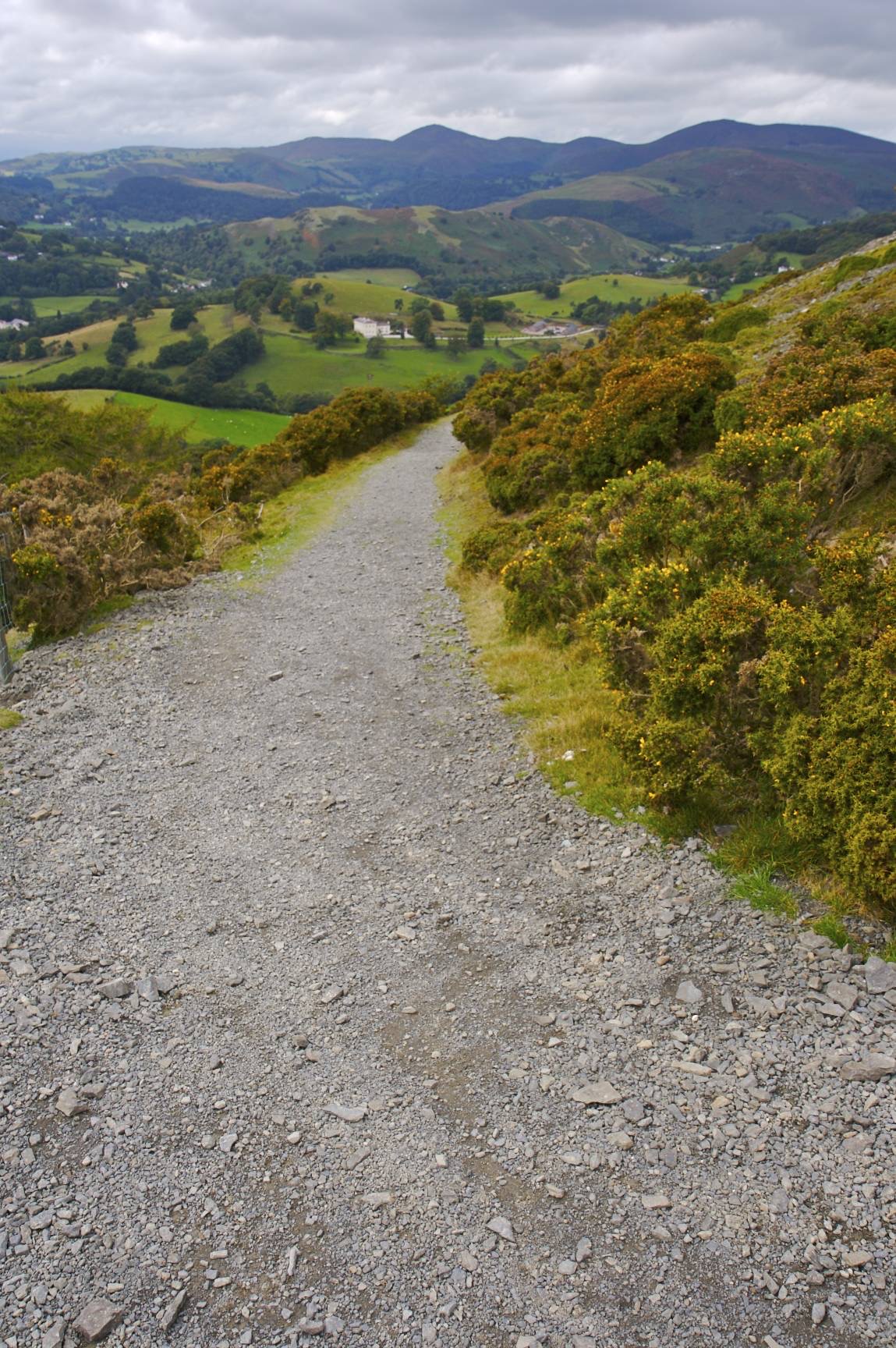 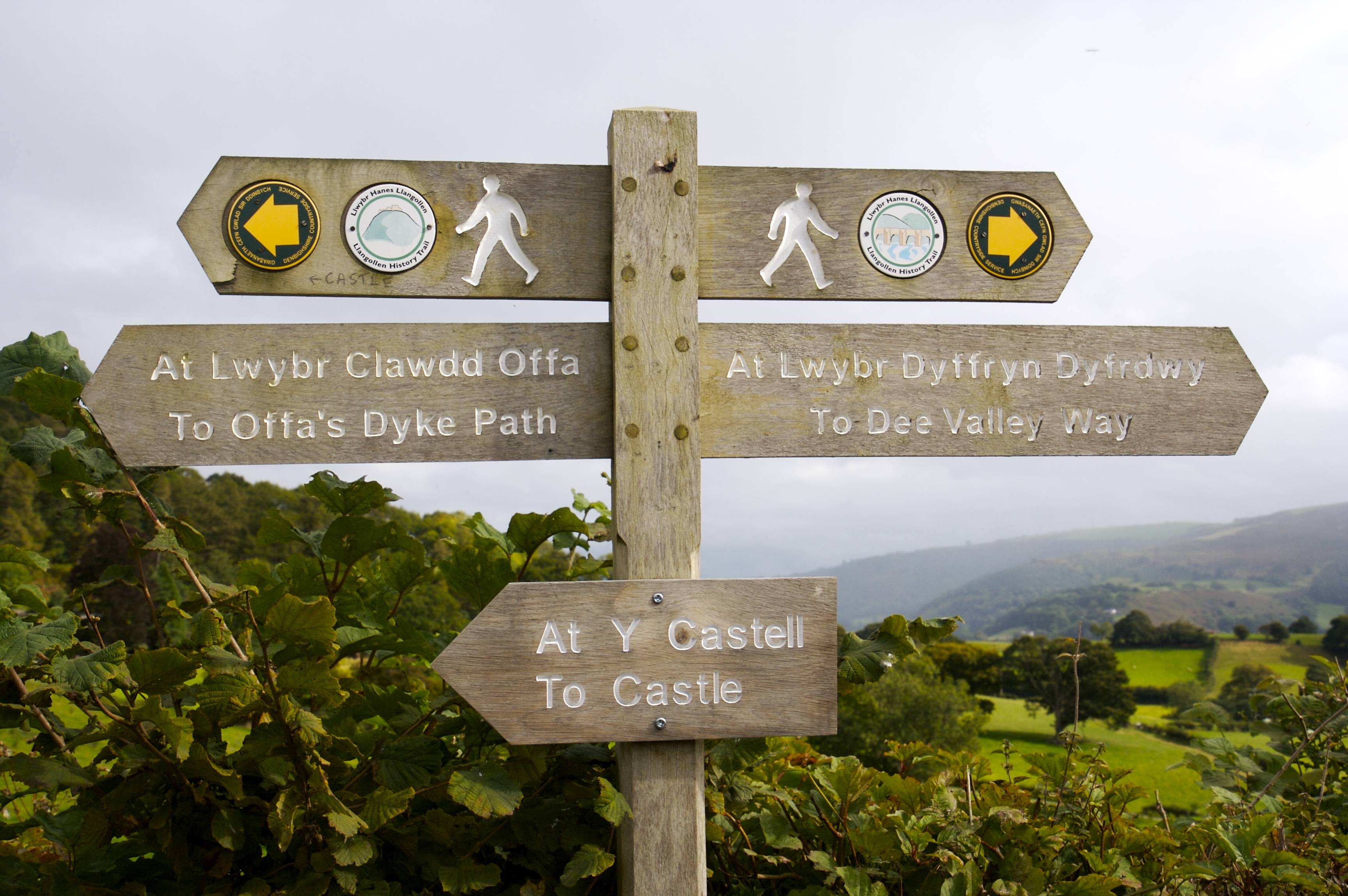 Simply keep going in a straight line following the signs along the "Dee Valley Way". 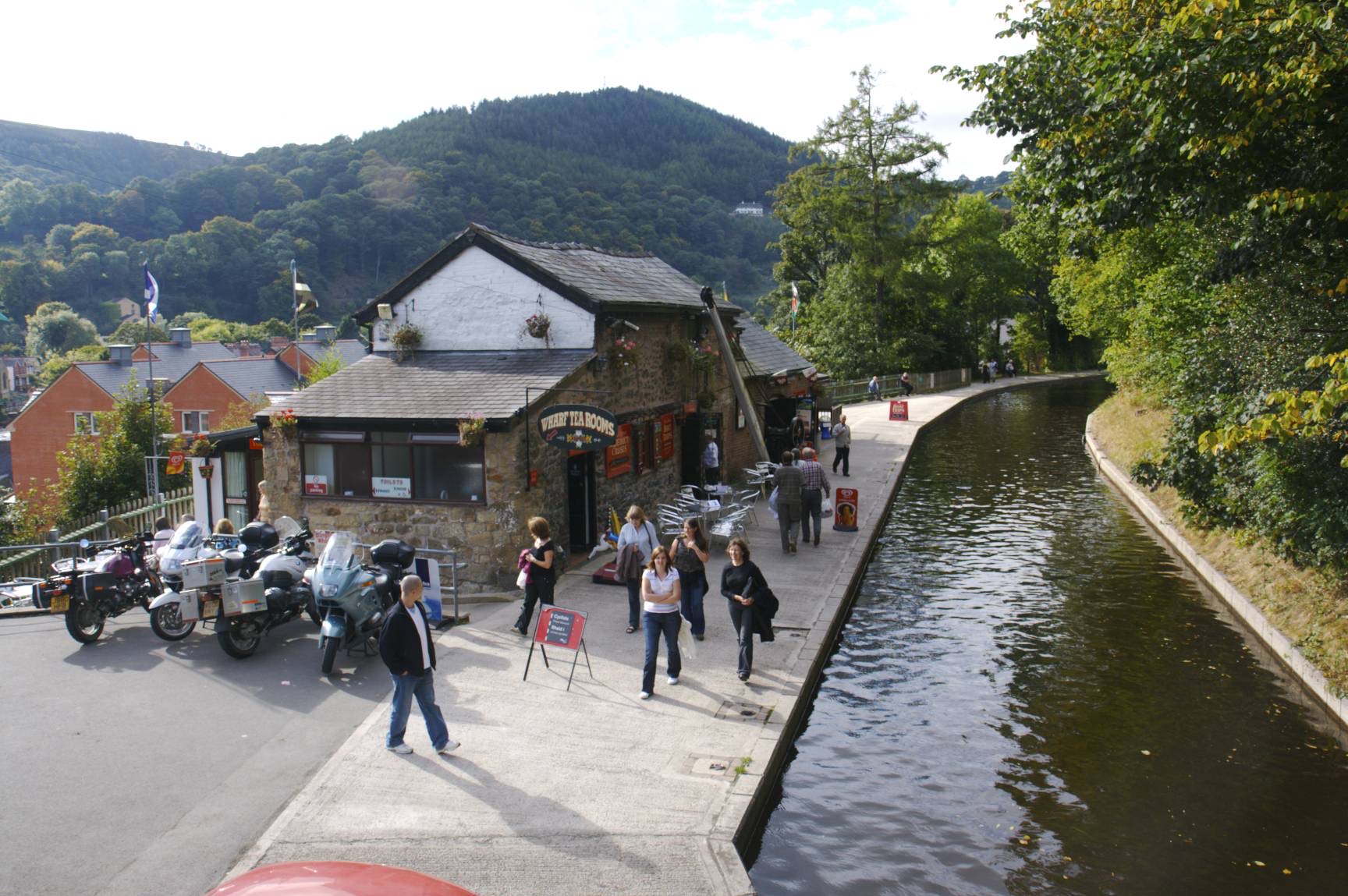 Cross the canal over the footbridge, then follow the road down the hill and turn right on reaching the main road. 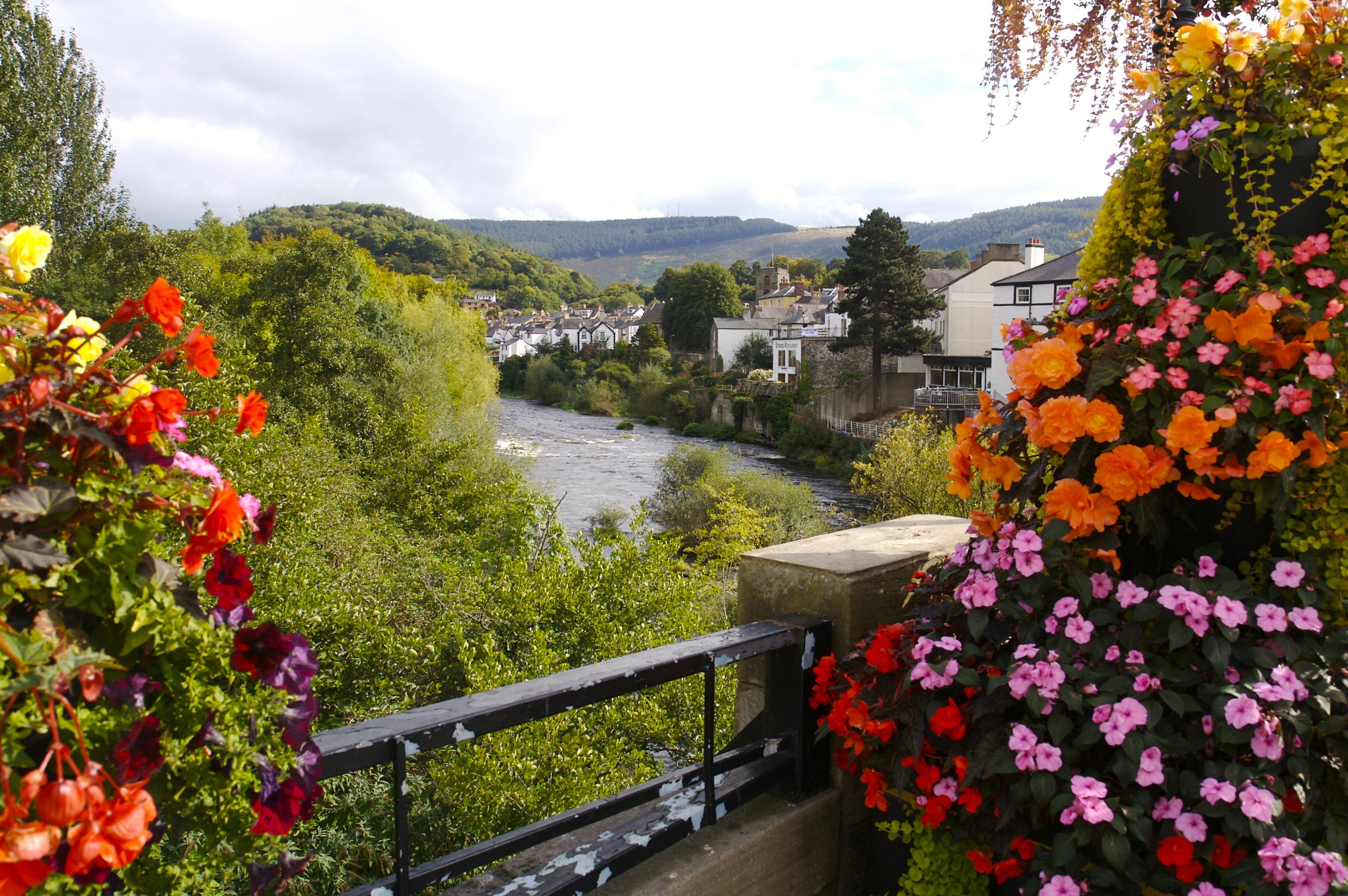 The view from the bridge is popular with visitors. As is the railway station and nearby cafes. Many shops sell local produce which is well worth buying. It's a good idea to have a break at this point to recharge, although do remember that you're only half way through the walk if you need to get back to your car before the car park closes. 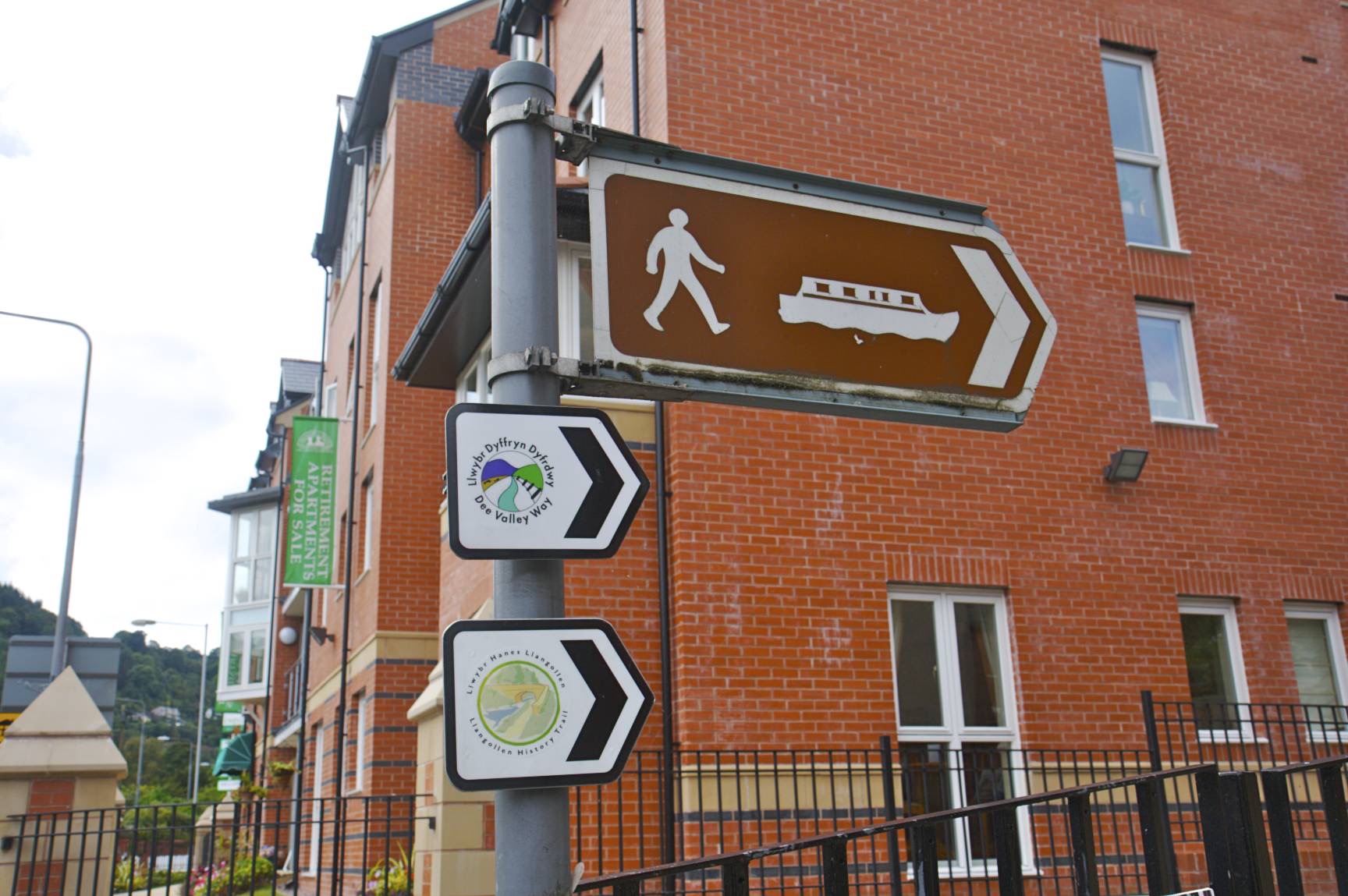 Just past the bridge, on the same side of the river as the castle is a sign pointing towards the canal. Follow this up the hill and turn left following the canal. 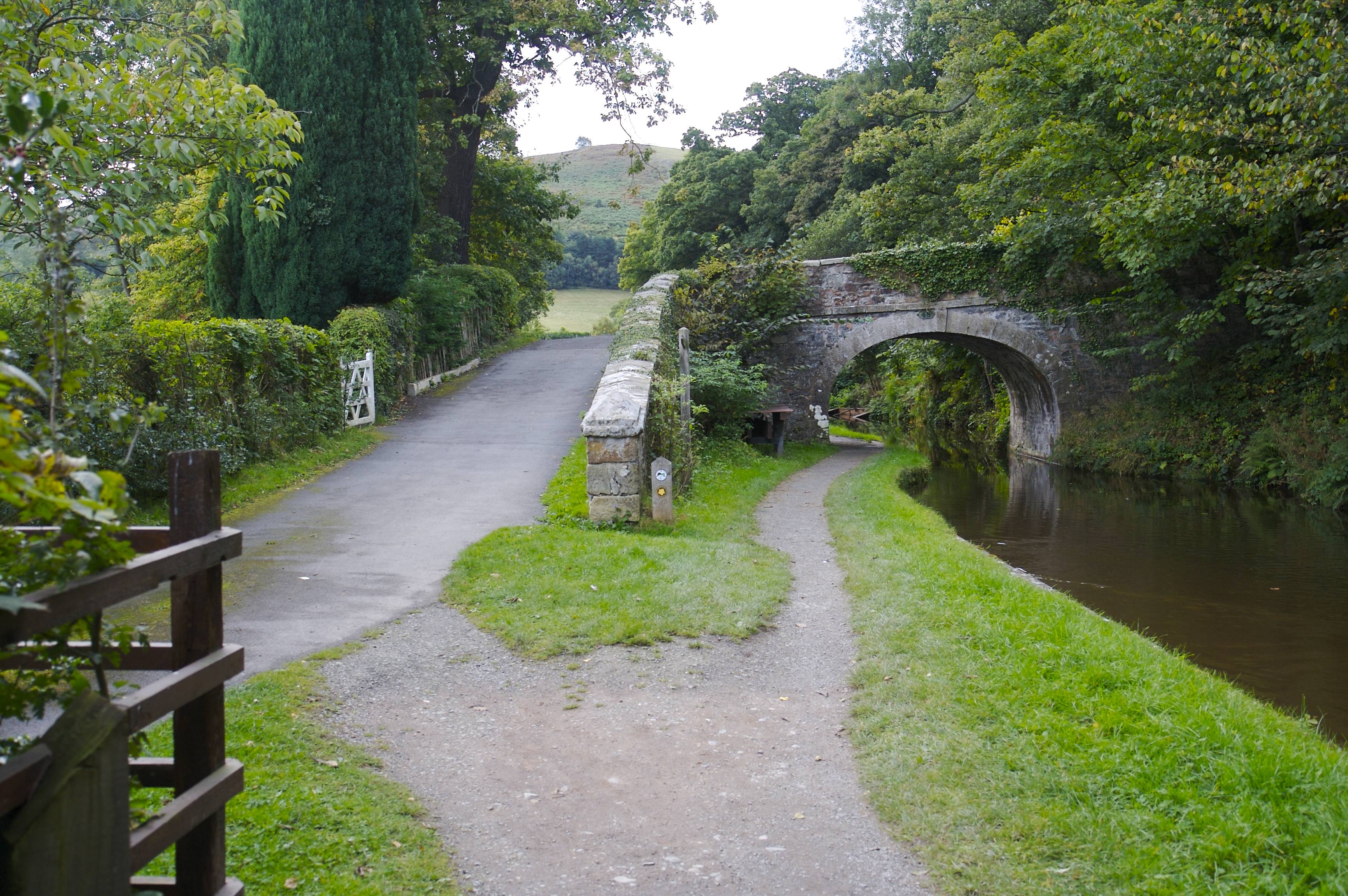 You'll pass a small marina, then go under the main road and eventually come across another bridge. Cross the bridge and turn right at the road to come back on yourself. 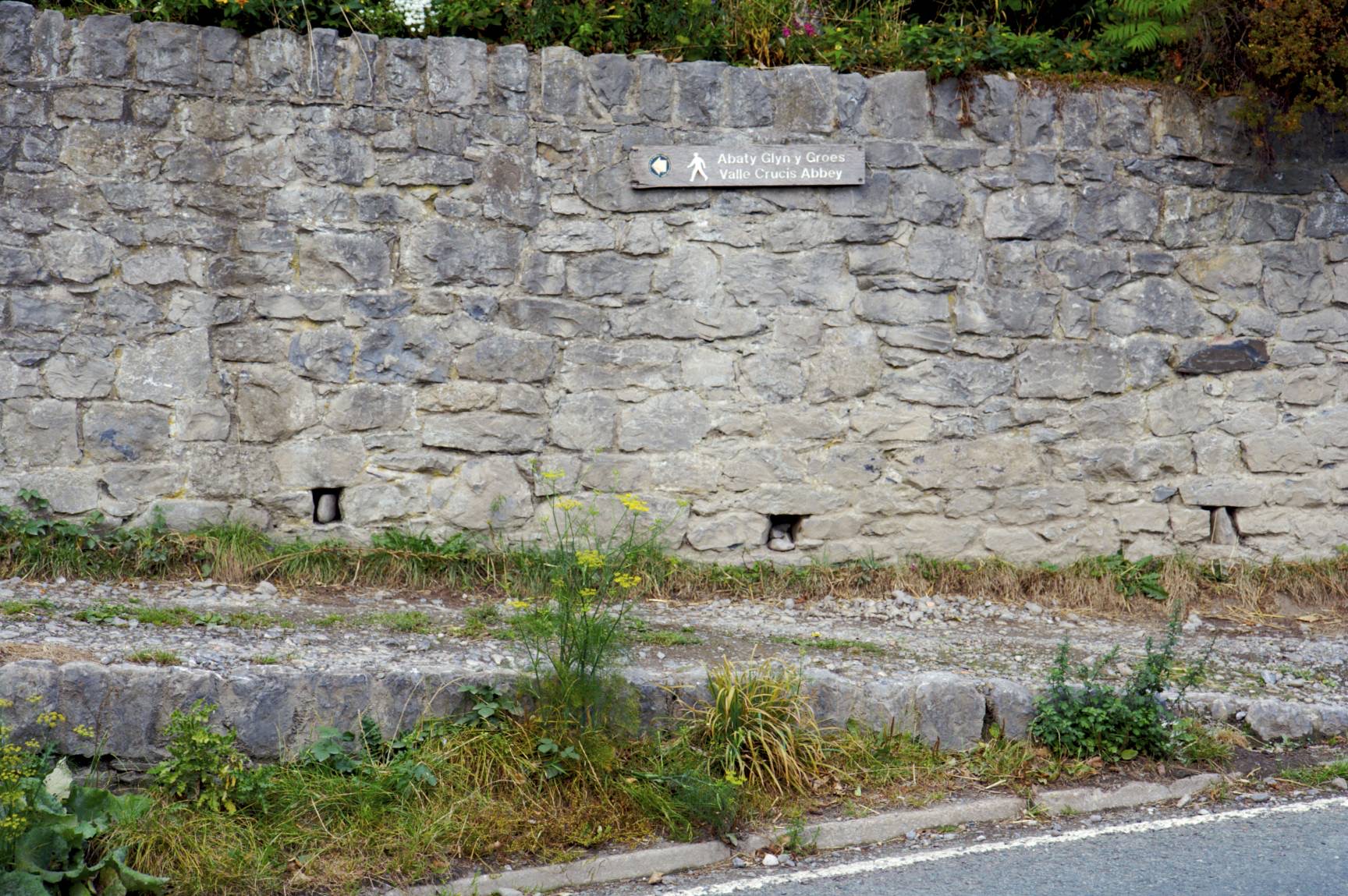 On the other side of the road is a sign pointing towards Valle Crucis Abbey. 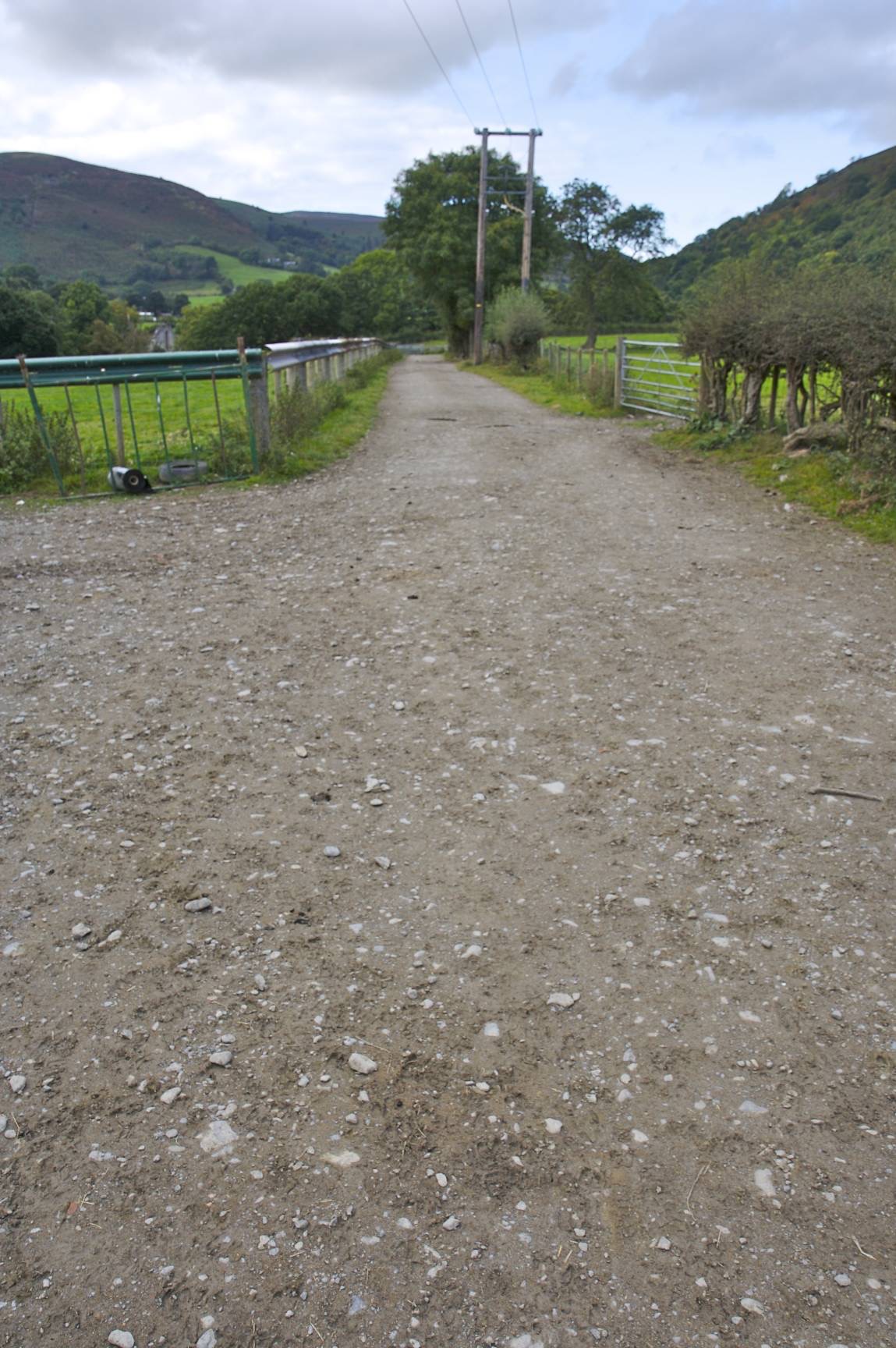 The path is part of the Clwydian Way and passes past farm buildings and through fields. It then leads onto a track which you follow for a while. 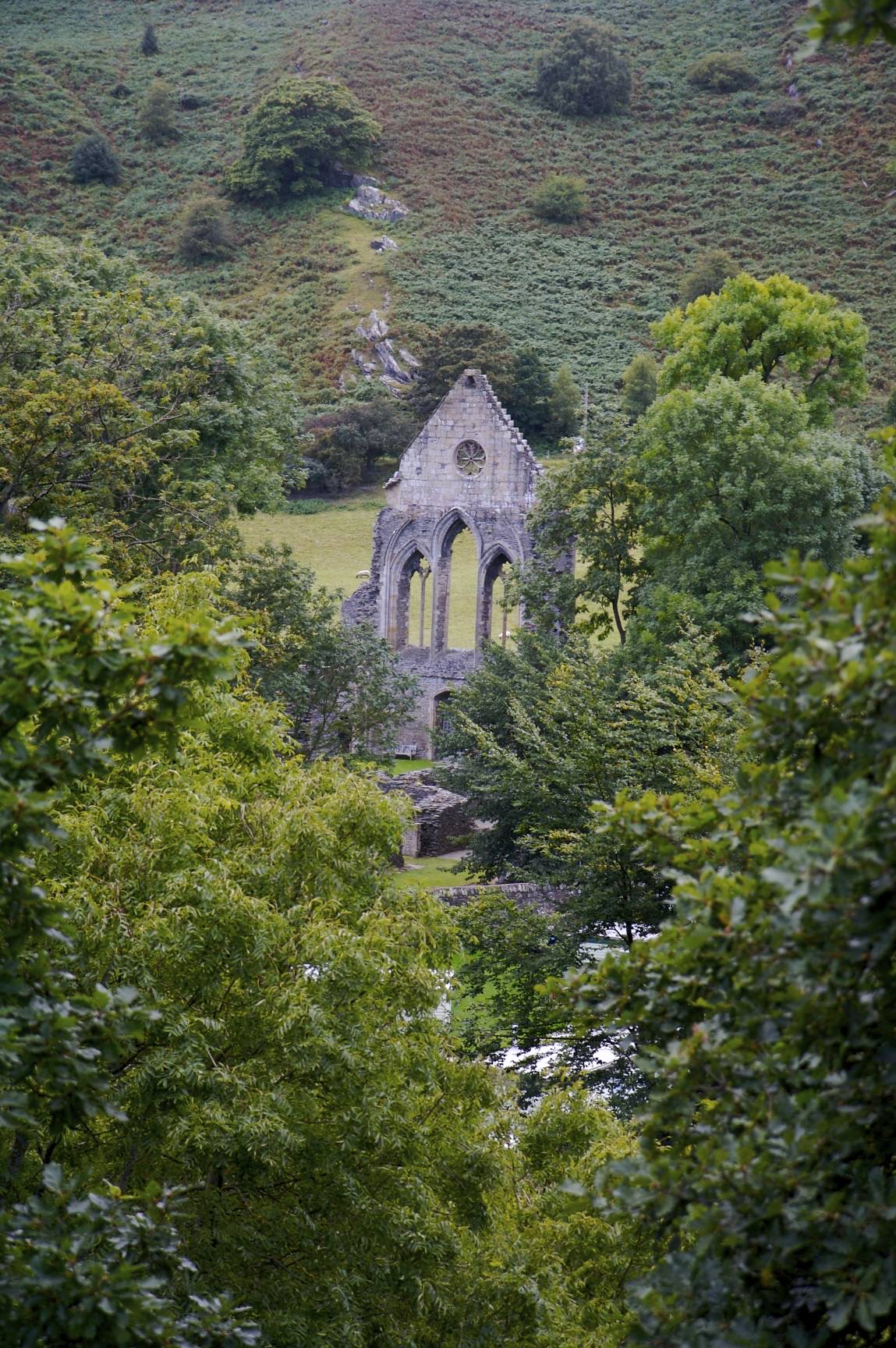 The abbey can be seen on the left through the trees. There's a path leading off towards the abbey if you fancy a closer look. 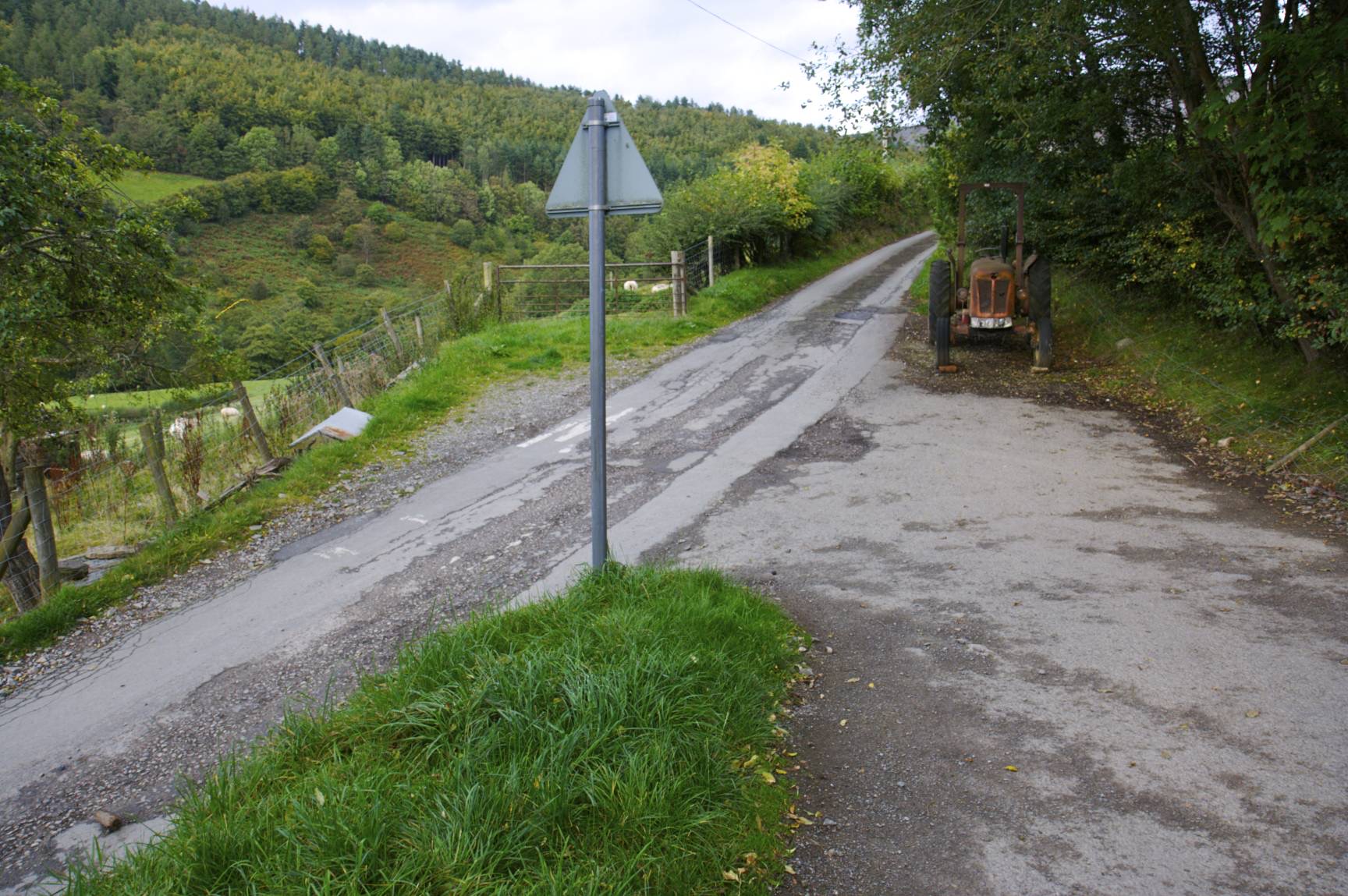 At the next road, turn right and up the slight hill. 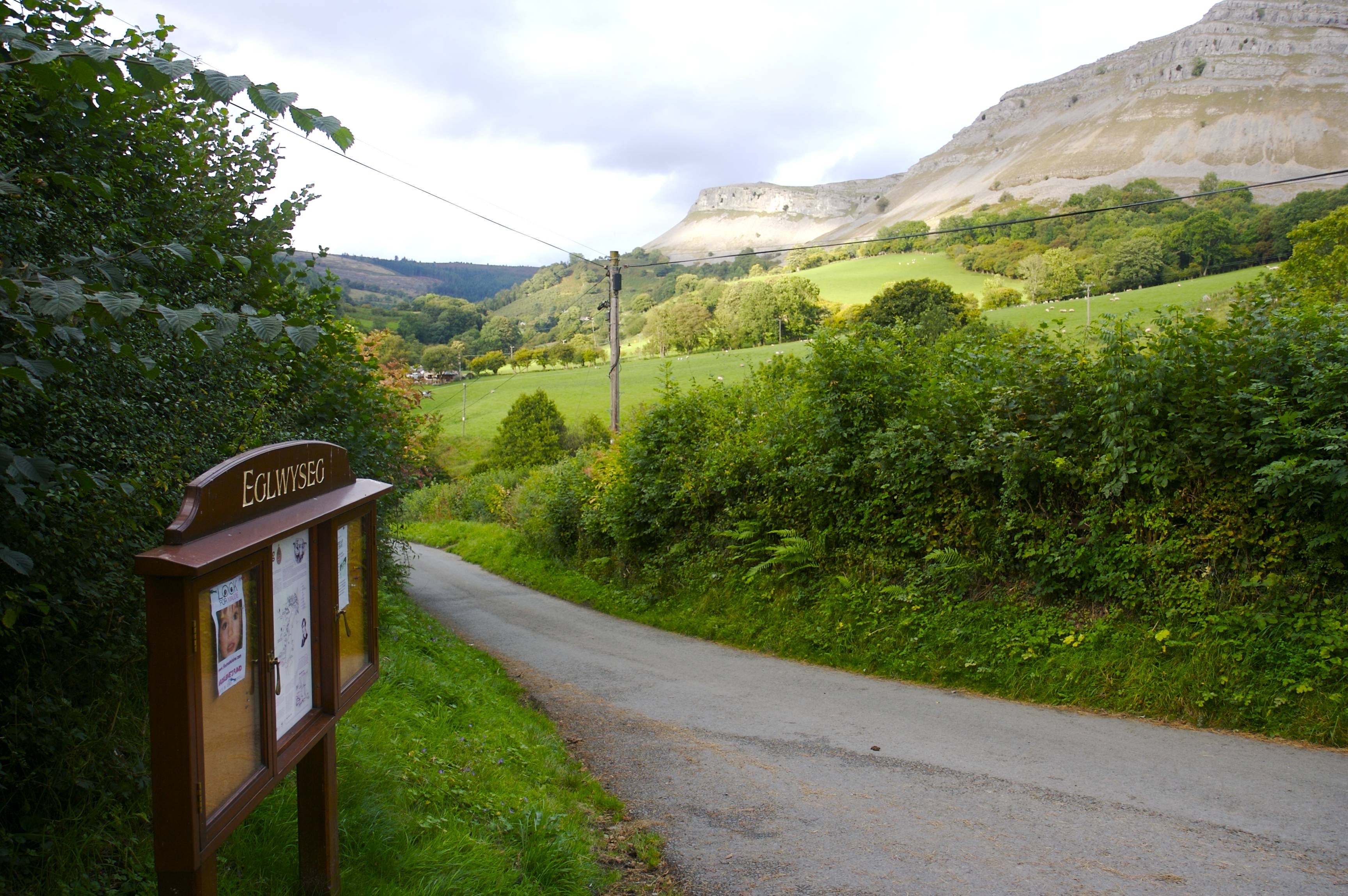 The road leads into the village of Eglwyseg where there's a noticeboard at a T-junction. Turn left and follow the road and signs back to World's End. You'll eventually see the ford you crossed at the start and the hill leading back to the car park.